I just don't see much point in creations like this. Basically this artist has digitally merged his photo of the analemma with another image. But a photo of the analemma is merely a bunch of white or off-white circles arranged in that classic figure-eight shape. It is trivial to make something like that in image-editing software, and it would look just as good. So why should anyone care if it's a year-long montage or not? 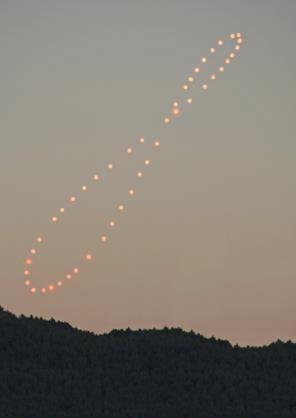