When studying old navigation texts it pays to remember that the "new improved method", that will solve all navigation problems, is probably based on well known principles. I discovered this today. For weeks now we have had typical post-solstice weather i.e. cloud and drizzle. Today there were a few patches of clear sky so I took some sights intending to work one as an ex-meridian using one of my navigation texts. Then I decided to determine my lat and long by "cloudy weather Johnson's" Double Chronometer method (1905).

On reading the instructions for the double chronometer method I realised that it was nothing more than a tangent Sumner, with the position determined by calculation rather than by plotting. Some googling  revealed a detailed chapter in a book explaining sumners. According to the chapter there are three methods of determining the Sumner line - the Chord method; the tangent method and the St Hilaire method. Later in the chapter it explains that position can be determined from two Sumner lines either by plotting or by calculation. The latter is exactly what Johnson was recommending in 1905.

Johnson also gives a method for finding longitude by chronometer. Glancing at the steps something seemed very familiar. Only this morning I had worked an example from a Martelli pdf. Although the tables were different it is possible that the Johnson and Martelli methods are based on the same principles. I have not checked. I know that Martelli has been discussed on this forum.

This may have been a ramble but it has indicated that my interest in CN does not lie with 249 or spreadsheets! However I will tolerate the cos formula for altitude on my fx-82AU...........

P.S. Yesterday I located a copy of Martelli for sale online. I am tempted to buy it because I do not get the same pleasure from pdfs as I do from the real thing. 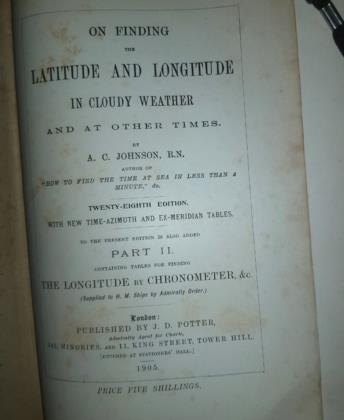 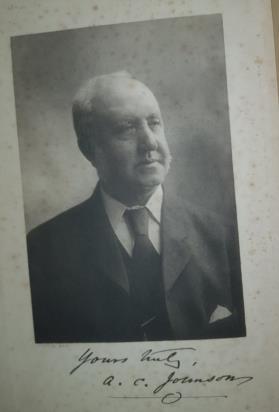