I learned today that Joel Silverberg passed away three weeks ago: Notice at legacy.com. Joel was an active NavList member, especially a decade ago, and attended some of the Celestial Navigation conferences at Mystic Seaport (some photos from 2008 with a number of departed NavList members). Some of you who attended those conferences may remember him as bearing a certain resemblance to comedian Larry David (co-creator of "Seinfeld"). Joel was a gifted mathematician and historian of navigation mathematics who understood well that history could only be found in primary source documents.

Joel lived in Rhode Island, not far from where I live now. He joined us for a couple of sextant sessions at Beavertail Point here on the island after I moved back to New England in 2012. I last spoke with him (by phone) in the summer of 2017 when he was investigating some unusual logbook entries with lunar observations from the early 19th century.

Life is short. Seek out something inspiring every day. 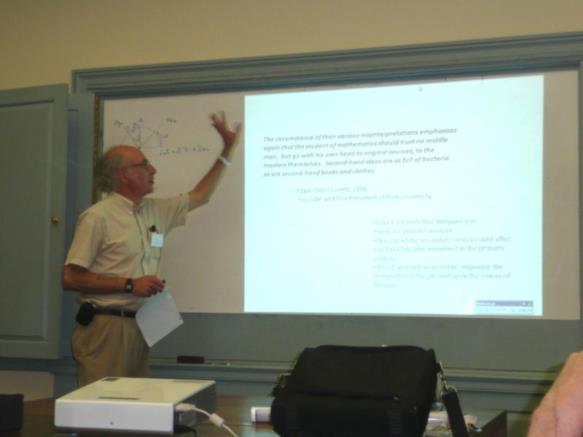