Reply
Re: A little space navigation
From: Brad Morris
Date: 2018 Oct 7, 18:56 -0400
I wrote:
There isn't a star field visible behind the Earth in the image, so we cannot resolve our position along the Earth's orbit around the sun.
Well, maybe not to a fine level, but I think I can narrow it down after further thought.
As the orb is nearly completely illuminated, we can state we are somewhere near the summer solstice in the northern hemisphere, or towards June 21st.  The Sun is near or at the highest declination, fully illuminating the orb.
If it varies far enough away from the solstice and the Sun's declination is less than its northernmost excursion, then at the declination of our instant satellite, the northernmost crescent of the Earth's orb will be dark(er?).  Certainly, at the northern winter solstice, the northernmost crescent will be black.
The question remains of how close to June 21st we are.  That will become a function of how much of the Artic region we can see and how realistically the "artist" has rendered the illumination of the orb.  Not very, is my evaluation, the orb cannot be completely illuminated, as it is, from the declination of the satellite and the max declination of the sun.
That's it for now.
Brad
Sun, Oct 7, 2018, 2:04 AM Brad Morris <NoReply_Morris@fer3.com> wrote:

The orb of the Earth is illuminated, therefore we are between the orbit of the Earth and that of Venus.  The Earth is illuminated over the almost all of the orb, or thereabouts, so the Sun is just about directly behind us.
From our apparent location over the Earth, we are above the ecliptic.  The southern most latitude in Texas is 25.8°.  This is in conflict with the first paragraph.  The maximum declination of the sun is 23.45 degrees.  It cannot illuminate the orb completely if the sun isn't behind us.
There isn't a star field visible behind the Earth in the image, so we cannot resolve our position along the Earth's orbit around the sun.
We cannot tell our altitude without knowing the magnification of the lens that was used to take the photo.
Brad
On Sat, Oct 6, 2018, 1:49 PM David Pike <NoReply_DavidPike@fer3.com> wrote:

The relative size of the Miami to San Francisco segment clearly increases as you approach the Earth.  Please see the three photos below taken during our recent re-entry.  Assuming we were on the extended plane of the great circle joining San Francisco to Miami roughly half way between the two cities, I calculate in the fourth photograph that Frank took his photo when we were about 2700km above the earth’s surface.  DaveP 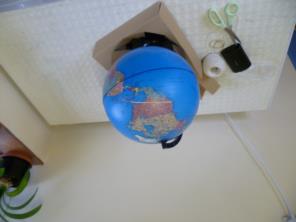 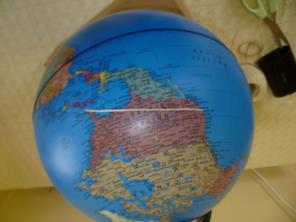 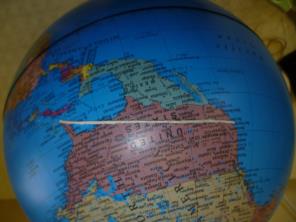 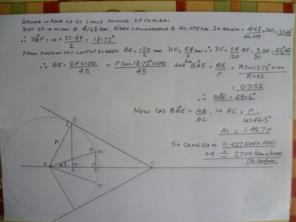