Here's a case with a photo of the Moon. This image is often used to portray the "rugged" far side of the Moon. In fact, it's about half near side. The apparent ruggedness is due to the fact that the camera was actually very low above the lunar surface. The angular size of the Moon would have been about 90° when the astronauts took this image. Features near the center of the image were a much larger fraction of the full disk of the Moon than they would have been for photographers at greater range creating the illusion of much more rugged terrain. Note: there are certain ways in which the lunar far side is indeed more rugged than the near side, primarily because there are almost no maria --it's all highlands-- but this image doesn't display that. 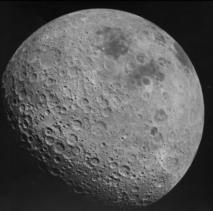