A few years ago I purchased a used copy of Hansen's Simplex EX-MERIDIAN Tables, I believe on Ebay, although it may have been ABE Books, published in 1915. In pencil on the inside jacket was inscribed H.A. Jeans. S.S. Sonoma, November 20, 1918. I've never learned who H.A. Jeans was, but the provenance of the vessel is quite interesting.

Turns out that the USS Sonoma (AT-12) was a Sonoma-class fleet tug which had the distinction of serving her country during World War I and World War II. For her work as a tugboat in some very dangerous battle areas, she earned five battle stars during World War II. She ended her battle career when she was sunk by a crashing Japanese bomber.

The second U.S. Navy warship to be named Sonoma, the tug's keel was laid down on 7 November 1911, at Camden, New Jersey, by the New York Shipbuilding Co.. The vessel was launched on 11 May 1912 and commissioned on 6 September 1912, Chief Boatswain William Darrington in command.

Here's a picture of the vessel: 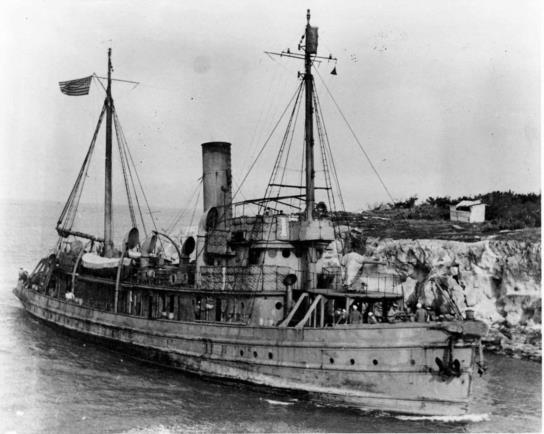