Hmm. Not infinite. I would say either "arbitrary" if you set up the celestial sphere as an actual sphere, or undefined. Spherical trigonometry is really about relationships among central angles and angles between planes. And sets of directions, like the observer's meridian and the prime vertical, can be defined in terms of planes, too, right? The prime vertical is the plane that contains the observer, the observer's zenith, and azimuth 90°, or something like that. When we "draw" an arc of a great circle on the sky and say it has a length of, for example, 23°, we really mean that the endpoints are separated by a central angle of 23°. On the other hand, there's nothing wrong with setting up a perfect sphere of arbitrary radius. Maybe radius=1?

Speaking of radii, here's something for "pi day"... 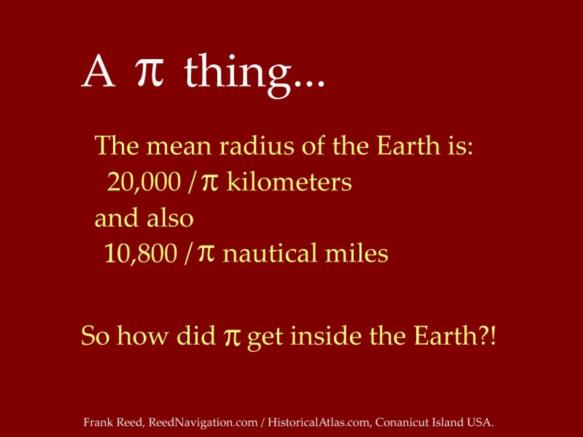