I've been avidly following the various RTW races Voyage Jules Verne and Vendee Globe. I applaud the superhuman abilities of the RTW sailors although, in a pedantic moment I wondered if they were really RTW.

Obviously if the course passed through the antipode to the start point then it would have covered at least a great circle and would be RTW. However, both the VG and VJV course (and Golden Globe) is the five capes to port leaving Antarctica to starboard which is same as sailing around Antarctica (non trivial I know). Even though the total distance sailed exceeds the circumfrence of the Earth the entire course can be fitted into less than one hemisphere so at no point does it encompass a great circle. To do so the route would need to go north of the South Island of NZ.

So are these races really RTW and, if not, how should one rigourously define such a route? 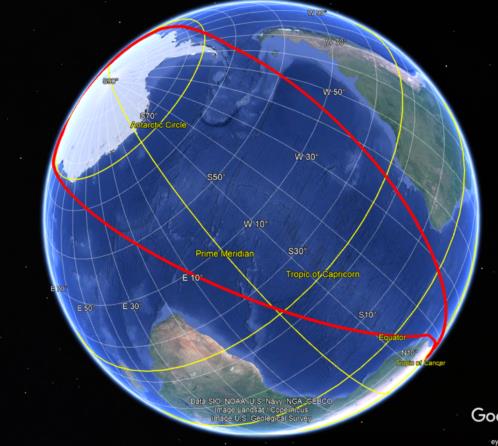