Bill, you wrote:
"Lets hope this system doesn't take root. their aim is clearly to own a way of encoding positions for profit and control."

Oh come on. Profit is not evil. And many useful systems start out proprietary. Consider for example the PDF file format. Originally a proprietary format, it's an internet standard now. While the creators of this word-based geolocation system would love to make some money by licensing it, right now it's an experiment and anyone can use it for free.

You wrote:
"but it raises some interesting questions. It claims to have imposed a rectangular 3m square grid on the earth, as the surface is topologically a sphere this is not possible as it is not parallelizable. It would be a bit like a crystal with defects or small irregularities."

This is easily resolved in practice. The "3m" grid that they specify is closely matched by (and probably identical to) tenths of a second of arc in latitude. So 41°27'00.0" is at the center (or corner) of one square and 41°27'00.1" is the center of the next square to the north. In longitude you lay out the squares in proportion to the cosine of the latitude. So if you're at 60°00'00.0" N and 10°00'00.0" E, the next square to the northeast would still be just a tenth of a second up but two tenths to the east. Its coordinates would be 60°00'00.1" N 10°00'00.2" E. That lets you cover the whole globe with the only tiling defect occuring within a few meters of the maritime dateline (and since this system can afford to over-specify locations, that can be handled by a one tile overlap.

The number of triples is just the number of words in the selected vocabulary cubed so if you can get a "safe" vocabularly of somewhat more than 60,000 words in each language, you can cover the whole globe at that 3m grid precision in most human languages.

You asked:
"And is the translation to lat and long based on WGS 84?"

Absolutely. There are no longer any issues with ellipsoids and "datums". It's true that there are miniscule differences between selected datums for some GNSS systems, on the order of a few centimeters (I think that's the maximum), but even in those cases they are easily converted to WGS84.

I can see multiple problems with this system, fun though it is! How often do we need to specify a location as accurately as that? How often will the three words be memorable and "interesting"? By far the biggest problem that I see with this system is that it "degrades poorly". A typo will not put me anywhere near the intended location, and the words themselves tell me nothing. For example, consider the three word address "mystic.seaport.museum" --just three random english-language words. In this mapping system, that's in the middle of nowhere in the South Pacific some distance from Pitcairn. But mystic.seaports.museum (with an "s" added to "seaport") is in the Black Sea just off the coast of southwest Ukraine. A single-letter typo puts me on the opposite side of the globe. And unsurprising, neither of these is anywhere near Mystic Seaport Museum.

People sometimes do map coordinates at this level of precision for "map geek" fun. I photographed a sweatshirt this past Tuesday afternoon in Newport (specifically because it occcurred to me that I might find a use for it in a NavList post). It displays the latitude and longitude of a fashionable clothing store: 41°28'49.3"N, 71°18'52.4"W. Tenth-of-a-second precision is moderately over-specified, but we've all seen far worse. The sweatshirt itself, when I photograped it, was located near 41°29'18.0"N, 71°18'54.9"W. These coordinates, by themselves, contain plenty of information while three random words would tell us nothing. A person with basic geographic information (not a large group) can tell you that this location is in New England, or at least they can guess what the weather is like based on the latitude. And these two coordinates together obviously can be compared. They're clearly close together. Using the what3words API, the first location codes to the alliterative but weird "cuddling.company.condemns". The second location codes to "kicks.revolving.cascade". The words contain no hint of location.

By the way, big thanks to Sean for linking to the website! I had never heard of this, and when I saw Bill B's post originally, I thought to myself, "Oh dear... the day has arrived... Bill has gone completely bonkers, stark raving mad." Ha ha. Well not quite, but I did wonder if the message was misdirected. I couldn't make "heads or tails" of it at first glance. 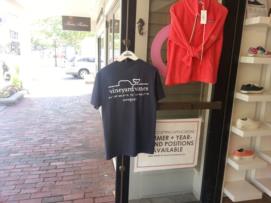