Amateur radio folks have also developed a world-wide grid coding system for idenifying where their station is located.

Often in chit chat sessions between two 'hams', called a QSO, operators will report their location with another Q signal, QRZ, which means "Who is calling me?" Sometimes, it will be followed by an abbreviated code which is a unique grid-square ID which locates them somewhere on earth.  For example, I'm a ham (W4GNT) and live at  lat 42N/lon 74W and my grid square is FN22wa.

Now quite as catchy as 'three words' but it works.  These grid numbers often appear on QSL cards, post cards that hams exchange and often collect, that verify their QSO.  Frankly, I do not know if the grid system codes cover the oceans or not.

To find your grid system, go to either of these two sights.

Attached is the small scale U.S. map showing the super locator squares. They are futher broken down into smaller ones, my own locator square is also attached. 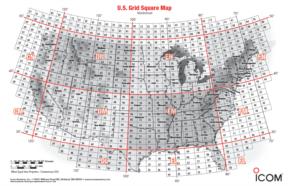 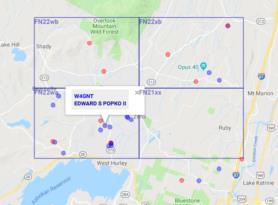