I have enjoyed reading the NavL postings over the years and more recently the Whaling logbooks threads:

FER>my famous and popular workshop "Celestial Navigation: 19th Century Methods" which focuses directly on the analysis of the logbook and navigational calculations made aboard the whaleship Charles W. Morgan in 1896-97.

JDH>Did someone ( a navigator or first mate ) keep a navigation log?  From what I have read in textbooks a ship would use a sextant and at least take a noon shot of the sun and maby a AM or PM time shot but there seems never to be a record kept of the information.

all this has got me thinking about an original 1876 whaling navigation chart my Great Grandfather (1844-1905) used in 1876; our family has it on the wall [see attached JPGs].  The simple question is what is this chart and how do I read it.

so if the above is correct this original 1876 navigation chart [see attached JPGs] I have been looking at for 50+ years is not only a partial catch record (see whale tales he inked in) for the Whaling Bark Atlantic 1876-79 voyage going to the Indian Ocean around the Cape of Good Hope but also the navigation PROOF he needs to become a captain of his own whaler.  My guess is the reason his decendants have this chart vs. the Whaling Agent J. & W.R. Wing & Co. is that this is HIS chart and was used to qualify for a Captain's rank.  Maybe he was the First Mate?  I am still researching his history.  However, it is fact that he was on the Atlantic 1876-79 voyage.  Here is the details for that three (3) year 1876-79 voyage:

When Henry Martin Gifford returned to New Bedford in 1879 he became a Captain and his next ship in 1880 was the Bark A. R. Tucker then the Bark Fleetwing (see JPG):

Note: He left the final Fleetwing 1887-88 voyage earlier than planned ~16Jun1888 due to illness; retiring at age 44 and lived out most of his years in Fairhaven, MA.

My Questions:
So I tell you all that to ask some questions.  Referencing the South Atlantic navigation chart [see attached JPGs] it is December 1876 in the South Atlantic and the Whalers are out in full force focused on the various feeding grounds trying to catch whales:

Questions:
Q1 In looking at the pictures (sorry for the poor quality) are the plot lines just typical fishing movements or is their some strategy i.e., navigation movements?

Q2 Is the Master (Benjamin Franklin Wing) the navigator?  Did they have more than one navigator?  Why would my ancestor track the vessel and indicate whale catch by Lat/Lon on this chart and not turn it in to the owner/agent?

Q2 What navigation tools would a typical Whaling ships navigator have access to?  I can see the divider marks on his original chart as well as his running fix in pencil on the chart, etc. Did they use half-horizon mirror sextants? Chronometer? Barometer? Taffrail or ships Log? Parallel Rulers? What else?

Q3 What was the typical Whaling navigator using to create a fix?  Sighting the sun at solar noon? Polaris at night? Lunars? Horizontal DR tool when piloting? Longitude by chronometer? Etc.

Note: I know I should take Frank's popular workshop...

Q4 What was the typical Whaling navigator using for charts and books?  I can see that the chart was printed the year before the voyage and then stamped by the James Imray and Son the year of departure; apparently they published an extensive list of charts and pilot books.

My guess is:
Bowditch but in 1867 the Bowditch copyright and plates were bought by the Hydrographic Office of the USN. The first printing was in 1802 and the Bark Atlantic was built in 1851.  Would the navigators use an old copy?  How about the Eldridge Tide and Pilot book which was first published in 1875?

In summary my question is did the whaling navigator(s) have his own tools, charts and books or were they part of the Ships inventory that he used like a library?

FWIW the Whaling Agent J. & W.R. Wing & Co. owned or had a stake in the Charles W. Morgan as well as most of the New Bedford Whaling Fleet. 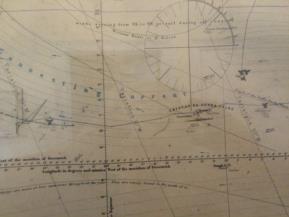 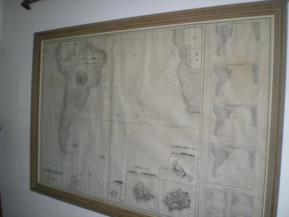 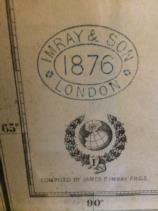 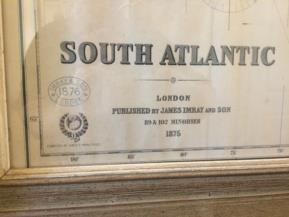 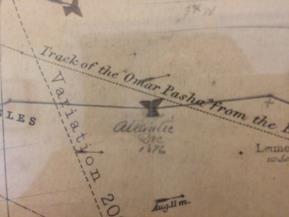 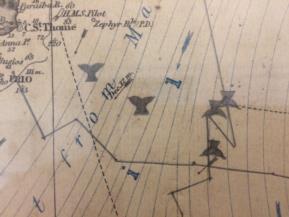 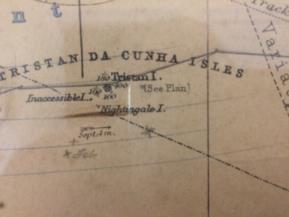 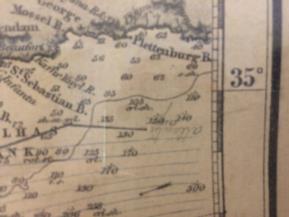 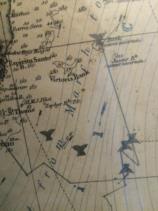 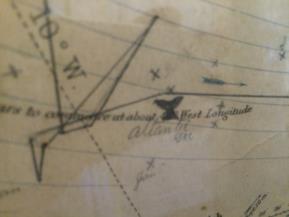 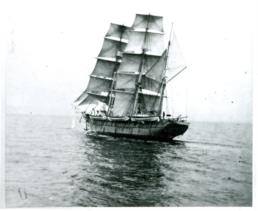