This is a few months off, but I'm posting a notice now for a fun reason (see below). Some of you will recall that Roger Connor has posted here about P.V.H. Weems, and he will be speaking about Weems in March at Mystic Seaport. Details:

Meanwhile, here's that fun reason for posting about Weems... Jackson McDonald sent me a link a few minutes ago to an item of interest to celestial navigation enthusiasts currently being advertised on the Internet. You won't find this one one ebay:
"Historically significant, stately home, Circa 1830 with two guest houses, 3 tenant houses, 3 bay garage, barn with workshop and deep water pier stands proudly on 150 acres. Designer kitchen, formal parlor, 8 fireplaces, plank wood floors & original windows. Built by John Ridout & the former home of Captain Philip V H Weems, Father of Celestial Navigation who taught Lindbergh to navigate and Admiral Byrd to fly. Annapolis, the state capital of Maryland, is a beautiful historic seaport situated along the Chesapeake Bay and an approximately 36 miles to Washington, DC."

If anyone would like to buy this for me, that would be oh so nice. I promise you can park your boat at my deep water pier any time you like. 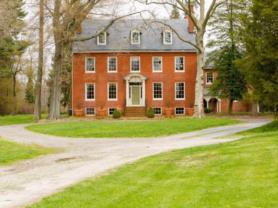 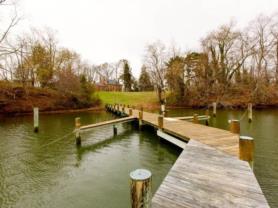