Here's a quick photo of Venus and Jupiter half a degree apart this morning over Newport. I snapped the photo out one of my windows just after 5:00 am. It was a case where a little bad focus probably helped the outcome. Venus is much brighter despite being smaller in angular size. It's about 7.4 times closer to the Sun than Jupiter, so sunlight falling on the clouds of Venus is roughly 50 times more intense than the sunlight that falls on the clouds of Jupiter.
-FER 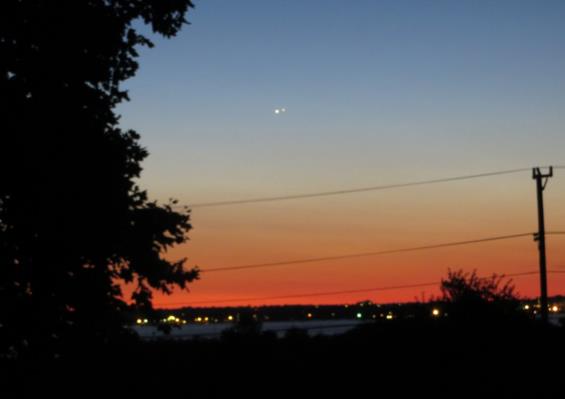