The great physicist and educator Philip Morrison created and hosted a "video essay" on various topics in science shown on PBS (US television) in 1987 called "The Ring of Truth". Episode 3 was entitled "Mapping" and it does a nice job explaining land-based astronomical position-finding as it was done 200 to 300 years ago. They demonstrate how to determine the circumference of the Earth by travelling in a van (which they named "Eratosthenes" as you can see in the second photo below, beneath Spica and Corvus) and observing the stars. They head due south on a lonely highway in the American midwest, counting the miles as they go, and measuring the change in altitude of the star Antares at the beginning and end of the journey. It's fundamentally identical to the method of Eratosthenes and also fundamentally a demonstration of the fact that change in zenith distance in minutes of arc equals change in ground distance in nautical miles, which is the foundation of celestial navigation. Imagine how confusing the demo might have been for viewers if they had measured the distance travelled on the ground in nautical miles instead of statute miles! Overall, it's a decent introduction to the concepts and might be helpful for beginners. Watch it here:
Ring of Truth (1987): episode 3 "Mapping"

You can find all six episodes of the series on Youtube and elsewhere. The quality is uneven, and the series had "mixed" reviews thirty years ago when it first aired. The series employed visual animations that were impressive for the era but sometimes at the expense of content and explanation. Then again, maybe that's why they called it a "video essay". It's not a class in position-finding. It's an exploration of ideas.

Philip Morrison was a key member of the Manhattan Project and assembled the core of the first atomic bomb with his own hands. He later vigorously opposed nuclear weapons and militarism and spent most of his life working for nuclear disarmament. In part because of these views, Morrison was denounced as a "former Communist" in the McCarthy era. Unlike so many others, Morrison's stature and patriotism were beyond reproach so his career was undamaged by that insanity. He was famous for being one of the people who advocated SETI via radio astronomy in the 1950s. As a professor at MIT, his introductory physics classes were mobbed. He was one of their superstar teachers in the 1970s and later... Morrison was disabled and his growth was stunted by polio when he was a child, and you'll see that he's "on wheels" in the series. 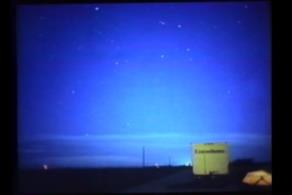