Finally it was pointed out that by 1916 time sights were obsolete and had been replaced by intercept-azimuth LoP’s. Any thoughts as to the practicality of using the modern approach would be in a small boat in heavy seas while lying on a pile of ballast rocks?

Nicholls's Concise Guide to Board of Trade Examinations 1917  is a guide to what British mariners were being taught in that period. Of course it does not prove what methods they were actually using. I have attached the contents pages from the 1917 Nicholls's.

Note that the seaman were taught long by chron, meridian altitudes and sumner's method. Looking in the book the latter method was Sumner's chord (four point method). Position was found by plotting.  They were not taught intercept-azimuth LoP's. This is consistant with Blackburne's complaint (discussed in the Understanding a 1902 Sumner thread) that the Board of Trade did not examine candidates on either the alt/azimuth sumner or the Mark St Hilaire method.

Changing the subject - what is the difference between a First Mate and an Only Mate? 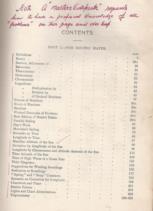 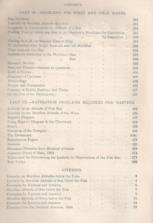