While perusing Blackburne's  Tables for Azimuths etc etc etc  I came across a double altitude sight taken with an artificial horizon on PM 29th March 1902.  Full details of the working are given. What attracted me was that the location was 56 Hawker St Wellington. Here, I thought, is an opportunity to check  a position determined over a century ago. The more I thought about it the more the problem expanded and I was not sure how best to deal with it. I have decided that I will try and keep things simple - if and when issues are raised they can be dealt with at the time.

I have attached a scan of two pages from Blackburne's book.   Blackburne determines the location of 56 Hawker St by the  Sumner long/azimuth method and his (Blackburne's) ABC tables. He also includes a chart showing how the position can be determined by plotting.  56 Hawker St can be viewed in Google Earth.

This morning I visited 56 Hawker St and after taking several photos (attached) I determined the GPS position while standing at the boundary fence. I do not know if it is the original 1902 house but if it is it has obviously been much modified. To put things in perspective Wellington's tramway system was not electrified until 1904.

I plotted Blackburne's position and the GPS position on Google Earth and found an error of about 1 nm. Intitially I thought that this was due to a change in datum but then decided that as these are both observed (i.e not charted) positions the datum is irrelevant (a discussion point???). Then I read the text at the bottom of the Blackburne's detailed working. If I interpret the text correctly Blackburne is saying that the sight is 1' in error because of the way it was worked. Appying a 1' correction would place the two sights much closer together. Annoyingly, while he says that all calculated latitudes were withing 0.1' of the truth he does not say what he believes the truth to be.

What I would like to do is extract the GHA and dec from the data (the Admiralty Manual of Navigation should help understand the pre-GHA method of working). I could then use a COP app to calculate an exact position based on the observations.

I will leave it at that and make additional posts when (if?) I do more work on this. 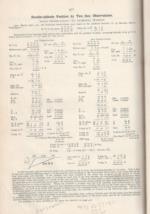 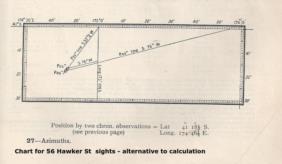 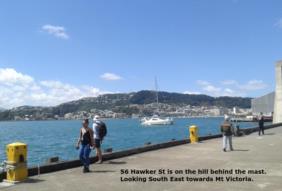 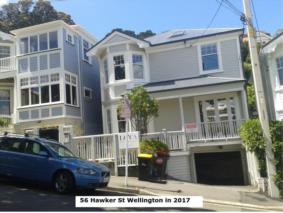