I agree with you.  The ability to navigate the members of the fleet would be a reasonable goal.

Your statement that the CNO was asked about NavList intrigues me!!  Do you have a reference that we can examine?  Hmmmm????  That is worthy!

If it came to war and our GPS system was compromised, you can bet your last dollar on a bunch of NavList guys insisting on enlistment, with all of our quaint baggage in tow.  I can always lie about my age.

>>the vast majority of them acts of war, at which point whether a US Navy ship could accurately navigate would be very far down the brass's list of worries.  <<

I'm pretty sure that this is 180° off the mark.  In time of war, every navy has always been hugely concerned with its ships' ability to navigate accurately.

It was merely embarassing for the USS Port Royal to ground itself  1/2 mile south of one of Honolulu's runways in a time of peace.  It would be rather more of a problem in time of war.

But this leaves aside the human element.  There are reports that the Chief of Naval Operations was disturbed to learn that members of NavList - some of whom live 1,000 miles from salt water - had more robust navigational skills than officers of billion dollar warships.  When asked specifically about NavList, the CNO said that he would neither confirm nor deny the rumors. 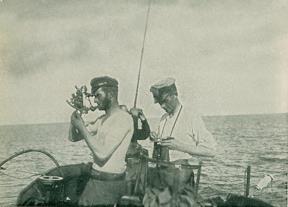 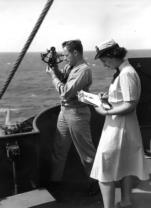