And just so we're clear, it used to be quite common, and it's still legitimate in the mathematical sense, to list longitudes up to 360°. You just have to specify whether you're counting Eastward as positive (the overwhelming favorite in the internet era) or Westward as positive (which was formerly quite common and is preserved in our GHA standard).

In the 19th century German map attached here, the longitudes are indicated on the upper and lower margins in four systems: measured from Greenwich East or West, and measured from Ferro in the Canary Islands East or West. Ferro was a popular choice in Europe before the national meridians since it was about as far east as you could get in earlier centuries. Notice with Greenwich longitudes on the top margin, you can have a longitude on the coast of China, e.g., that's 120°E of Greenwich or 240°W of Greenwich. They're both legitimate longitudes. The idea that longitudes must stop at 180° and switch there from East to West and v.v. is a 20th century fashion.

The GHA of a star or other celestial body is the longitude of the sub-Star point (a.k.a. "GP"). It's always a West longitude measured from the Greenwich meridian. 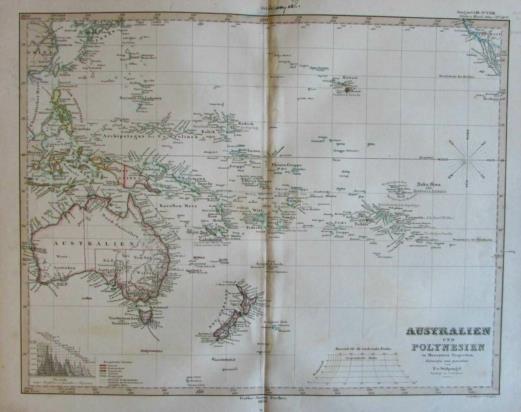 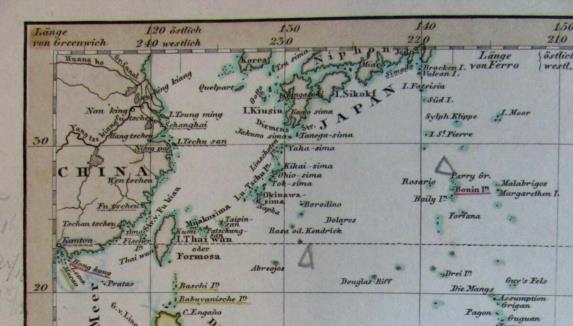 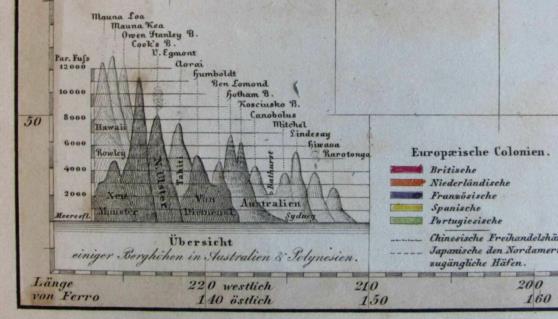