Stan Klein, you wrote:
"In any case, I got curious. Just how much was Herbert's "many minutes" between transit and culmination. I selected a latitude of 89º30'N, a longitude of 0º, and a date of 22 September 2016, when the declination of the sun was changing the fastest. Transit would occur at 1153 UT (115232 by the GHA method). At this time the altitude of the sun is 32.4', but between about 1107 and about 1141 it "peaked" (to the nearest 0.1') at 32.6'. Splitting the difference and calling it 1124, this gave a difference of about 29 minutes between transit and culmination. If I did this right, then WOW!"
Yes, that's right. The offset in seconds between meridian passage and culmination on the equinox (specifically), for an observer at rest, is given to good accuracy by:
dT = 15.3 · tan(Lat).
If latitude is 45°, this amounts to only 15 seconds difference. If latitude is 60°, then the offset is 26 seconds. But if the latitude is 89.5°, as in the case you examined, then the offset is 1730 seconds, which is, in fact, 29 minutes, just as you found. But, as I mentioned before, this is really over-stating the importance of this for celestial navigation since we never really worry about the accuracy of our longitude. What we care about is the accuracy of our fix on the ground. If my longitude is wrong by a whole degree when I am in a latitude of 89°, then my actual fix is in error by only about one nautical mile. We can convert the above formula for the offset in seconds between meridian passage and culmination into an error in the east/west position by dividing by 4 (the usual four seconds of time per minute of arc of longitude) and then multiplying by cos(Lat), the factor which accounts for the convergence of the longitude lines as we move away from the equator. The result:
dx = 3.8 · sin(Lat).
Unlike the tangent function, which diverges at the pole, the sine, of course tops out at a value of unity. So the error in east/west position, dx here, is only 3.8 nautical miles for high latitudes. Furthermore, it is a predictable error. If you graph sites around noon on an equinox from some latitude and then plot them out and deduce the time of culmination from the graph, you can easily correct the resulting time and get the real time of meridian passage.
This is a special case of the general motion offset for a case of longitude by sights around noon. The general formula:
dT = 15.3 · (speed) · [tan(Lat) - tan(Dec)],
where dT is the time offset in seconds, Lat is your latitude, Dec is the Sun's declination, and speed is the North-South component of your speed (over the ground!) relative to the sub-solar point (the Sun's "GP"). I have put this into a table which I have used in my Easy Introductory Celestial Navigation class. See below.
Example: Suppose I am travelling due south at 6 knots relative to the water in a current which I estimate to be 2 knots northbound. My speed over the ground is then 4 knots south. Suppose the date is April 15, and I am in latitude 39° N. The Sun is thus approaching me at a rate of just about 1 knot. My net speed relative the sub-solar point then is 5 knots. That's my N/S speed relative to the Sun. Plug in the numbers, or use the table, and you find an offset of about 49 seconds between the culmination time (the symmetry axis when graphed for sights before and after noon) and the actual time of meridian passage. You apply that, throw in the equation of time, compare with chronometer time, and with very little effort you have your longitude.
By the way, there's nothing novel here. The same system was at the heart of Hewitt Schlereth's book Latitude and Longitude by the Noon Sight published in 1982.
Frank Reed
ReedNavigation.com
Conanicut Island USA 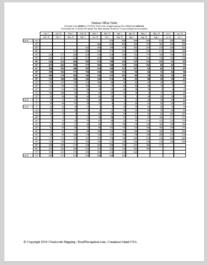 (motion-offset-table.pdf: Open and save or View online)