Tom Sult, you quoted me saying:
"a reminder: NavList is no longer a "list" --so stop calling it that!"
And then:
"I have made some small changes today to the NavList messaging system"

...which you seemed to find contradictory. But wait, why did you even need the second quote?? I used the name NavList in the first one.

Of course, what we're talking about here is the difference between the origin of the group's name and what it is ...the difference between the name of a thing and the thing itself. NavList is not a "list" and hasn't been for many years. You've heard of Craigslist, right? That, too, originated as an Internet mailing list, and that's why it has "list" embedded in its name. But users of Craigslist do not talk about carrying on conversations "off list" and "on list" and they don't talk about "list members" and "listserves" or any of that other out-dated jargon.

NavList is not a list. But perhaps you need more convincing... See below. 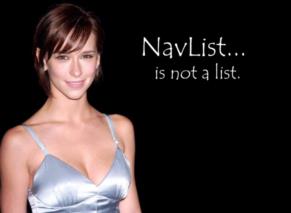 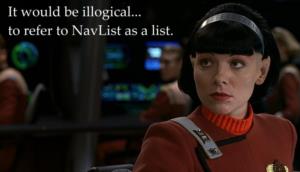