I used my sextant to measure the Moon’s apparent size on the evening of the 13th at the time it was predicted to be at maximum and about 2 hours prior. On both occasions I took 7 pairs of sights and averaged them. At both times the result came out to 34.0’ which is the predicted value. As usual though I was surprised/disappointed by the variation between individual readings. To help in my own understanding of this I put together the attached diagrams which attempts to depict the appearance of the Sun or Moon disks for varying degrees of separation. The disks are 30’ in diameter and the number at lower left represents the excess separation between them in minutes. I leave it to you to decide how challenging it might be produce consistent results using hand held optics. 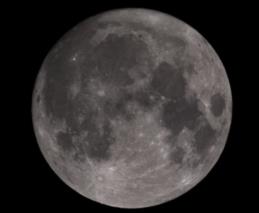