The "golden hour" is also popular in "arthouse" cinematography. Some of the most famously beautiful work in film was shot intentionally during the golden hour, as perceived by the director. Terrence Malick's Gates of Heaven includes numerous scenes shot during golden hour that feel almost as if they have been painted by an impressionist (see the scene below --that's Richard Gere in hist first major role). Kubrick also shot scenes for Barry Lyndon and other films during golden hour. It occurs to me that these are both examples from decades ago, and it may be that the value of golden hour has been partially superseded by digital color processing.

Note that there is a modern tendency to calculate and codify the golden hour, but that's a little absurd. The aerosol content and haze in the atmosphere contribute significantly to the lighting effect, and they are not predictable. We all are familiar with this. Early August evenings in mid-northern latitudes, for example, often have extended periods of "warm" lighting before sunset because high humidity and late summer pollution contribute to redden the Sun and the whole sky around it. One could tweak a calculation to add in an "August" factor, but this calculation of golden hour is wrong from square one. It's not what you calculate. It's what you see. Golden hour is aptly named and refers to that warm, diffuse lighting, without sharp shadows especially just after sunset under a partly cloudy sky. Is it forty minutes? An hour in length? That depends on what you see.

The physicist in me also defines golden hour by light polarization. It's the time when the Sun's polarization band (centered on the set of points 90° distant from the Sun), which makes the sky darker and bluer, runs straight across the sky through the zenith perpendicular to the direction to the setting sun. Late afternoon cumulus "cauliflower" clouds can look much more dramatic due to sky polarization. Polarization can also significantly change the reflection of light from polished surfaces like cars. I don't think many photographers are aware of this, at least not consciously, but it should have an impact on visual effects in "modern" scenes at the golden hour.

For navigation, the polarization of the sky near sunset and sunrise also can be used as a simple sky compass. This is the essence of the modern legend (with very little basis in reality) about viking sunstones. Setting that aside, if you can observe the polarization of the sky, even using common polarizing sunglasses, during the golden hours especially, you can determine the direction of the Sun within a few degrees of azimuth even when the Sun is already below the horizon or obscured by clouds in the west. 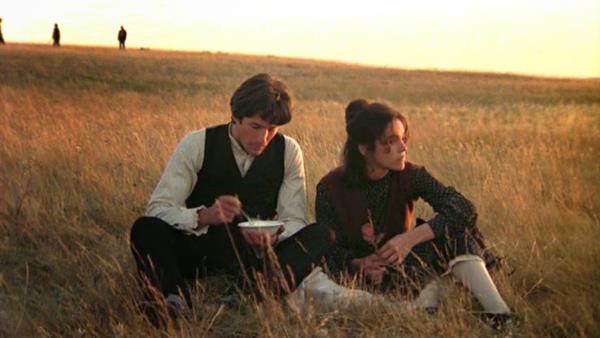