My intention is to use the sights  in various ways:

After being sidetracked by the Summer Solstice I have returned to this thread. I have decided to plot some Sumner lies on a plane chart. This requires that I use the chord (two point) method rather than the tangent (point/azimuth) method. I picked six observations from sets taken on three different days. I picked the sights to give the best cut but did not pre-compute them so I have not (deliberately) picked the best sights. Because I am using an artificial horizon I could not take sights +- 60 degrees azimuth of LAN.

I have discovered that when using a calculator, after determining GHA and dec, it is quick and easy to work both an intercept and a time sight. Both formulas are easy to remember and I use the same work form for both. The intercept/time sight results are attached. Someone may suggest that having determined the intercept I am wasting my time working a time sight. That misses the point which is that I want to plot Sumners on a plane chart.

The plane chart plot is attached. After I had drawn it I discovered that south is at the top!  A quick browse shows that it is more precise E-W than N-S. This is not surprising given that I could not take any sights closed than 60 degrees from the meridian. I think I should put these results aside and in a few months add some more position lines taken near LAN.

My final comment may seem off-topic but bear with me because I think that it is relevant. Today (24th Dec 2016) is the third anniversary of the closure of Petone Signal Box (S 41°  13.347'   E 174° 52.104'). I worked the second to last shift but of course was present for the final shift. Yesterday I took a photo for another forum. The relevance of the photo to a cellnav forum is that the person on the computer screen is yours truly. The photo also shows my rather untidy astro work environment, although my copy of Norie, opened at the ABC tables, is missing.

Railway signal panels, like cellnav, are a thing of the past and are of  little interest to the ipad generation. You may wish to look at

Note that on this web page is a photo that shows what can be done with GPS but would be impossible with cellnav. 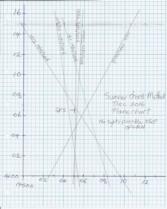 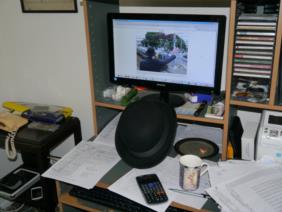