In Dennis DiCicco's famous analemma photo below, the Sun Slow portion of the analemma trails on the lower left.

The equation of time curve is very flat on this date so the exact instant of "Sun Slowest time" on "Sun Slow Day" is not well-defined, but this year it's around 1am Eastern US time on Thursday (or late Wednesday night if you stay up after midnight), which is about 0600 UT. At that time the GHA of the Sun will be 266.4477° which is behind the (fictitious) Mean Sun by 3.5523°, which is as far east of the Mean Sun as it gets this year. At the usual rate of 1° in four minutes, this is equivalent to 14m 12.6s slow. The equation of time is within 1 second of that low for over 24 hours on either side of the minimum.

There's a lof of catching up to do if the Sun is going to finish its taxes on time (a US reference to federal tax due date). The equation of time will be all the way back to zero on about April 15. On that date the GHA of the Sun will match the ideal Mean Sun: nearly zero, right on the prime meridian, at 1200 GMT and incremented almost exactly 15° for every hour after that. 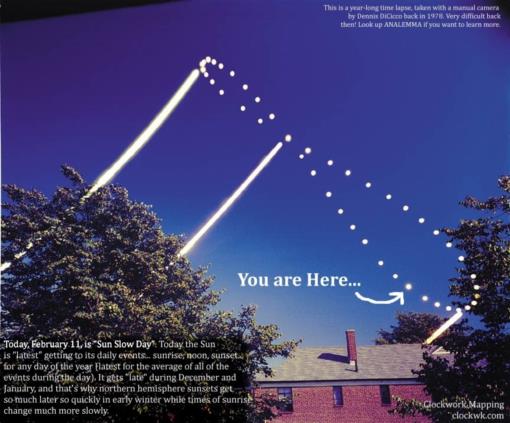 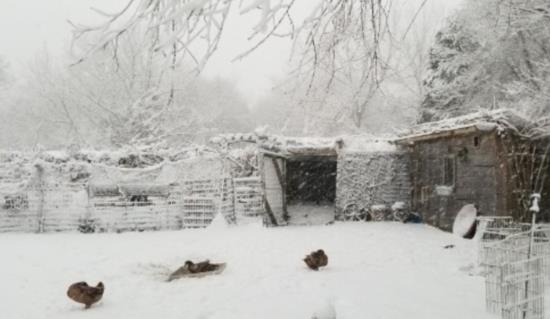