Here are some scans of Cook documents that show the area in question. The Pacific scan is Furneaux' 1773 chart showing the track of the Adventure, most of the time in company with Resolution. The track by account is shown as the more Westerly; the other is the track by observation, i.e. lunars.

The other 1773 scan is Cook's chart of the Society Islands, here named Raiatea 73. Note that South is at the top.

Cook had also visited that same harbour in Raiatea in his first circumnavigation in 1769, and a modern version of his chart, from the Beaglehole journals vol 1, is shown as Raiatea 69.

Cook wrote, concerning his 1769 visit, about the harbours on the West side of Ulietea (his name for Raiatea) "the northernmost of which (call'd Oraotanue) we lay in, the channell leading in is a quarter-mile wide and lies between two low sandy islands which are the northernmost small islands on this side. You have good anchorage between or just within the 2 islands in 28 fathom, soft ground; this harbour tho' but small yet it is preferable to any on the island on account of the easy getting of fresh water and being seated in the most fertile part of the island...

I should add that this access to Cook material is in no way due to me but to the foresight of my wife Joan, who has amassed a lot of stuff from Cook and other explorers over the years, and knows a damn sight more about Pacific exploration than I do. 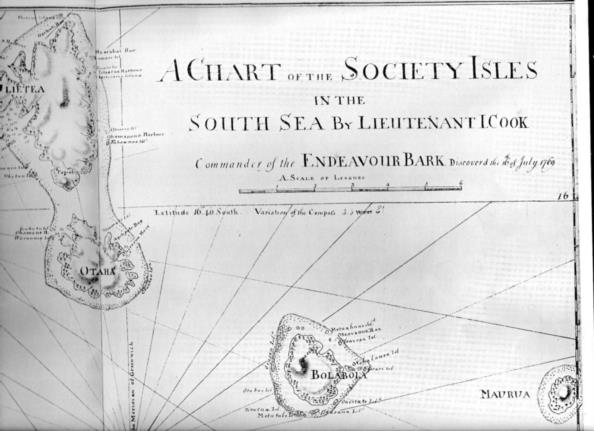 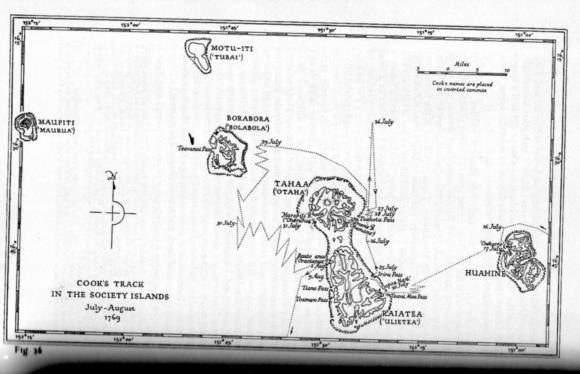 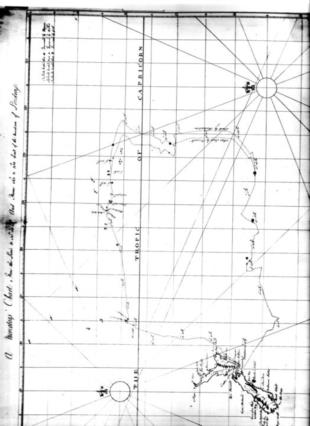