Wright has a bit to say astrodomes in ‘Most Probable Position’.  When the slipstream started to get too cold, windy, and rarefied to shoot celestial from an open hatch, they realised they had to give the Navigator greater protection.  They knew a blown Perspex blister would give refraction problems (anyone who’s ever played with the tray from a box of chocolates will know that as you stretch heat softened plastic over a former, it gets thinnest at the points of greatest stretch) so they experimented instead with flat optical glass panels. The view from these was considered too restricted, so they started to make turrets out of a number of flat optical glass panels.  Boeing made a blister from quite a large number of optical glass panels.  Another alternative was to have a rotatable metal turret with a single flat glass panel.  Eventually they bit the bullet and started mass producing Perspex domes and just accepted the refraction, which they made a rough attempt to mitigate by use of the table.  For your delectation I attach a picture of the aircraft I flew my first couple of celestial exercises in.  It had not one, not two, but six astrodomes, necessary because in 1967 the RAF was still training 12 Navigators per month.  About four years ago they trained their last one.

Apparently it was not uncommon for the instructor to look down the fuselage and see six pairs of feet all pointing in a different direction.  Photo credit the UK Jerry Hughes.  DaveP 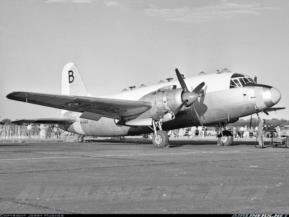