I have had one lingering question in the analysis of that launch photo. What is the giant building between the photographer and Pad 41, the site of the Falcon 9 launch? Please note, this is just some final trivia on the whole story, so stop reading if you're not interested in Cape Canaveral trivia. 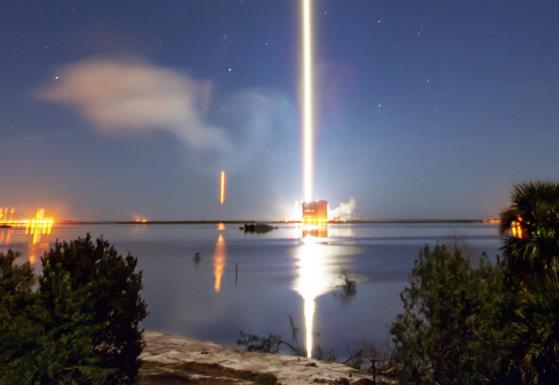 It's a giant building, and it appears to have "windows". I had it all figured out about half an hour ago and was getting ready to let you all know its amusing name, and then on one final search I discovered a "tweet" (I kinda hate that) in which I learned that the building was renamed just three months ago.

Per ULA tweet, what was SMARF is now SPOC.

That's tech-speak, I think. A dialect of English. The building was formerly called SMARF for "Solid Motor Assembly and Readiness Facility" and it's basically a giant, 250-foot tall hangar where the rather dangerous solid rockets were attached to Titan IV launchers in the 1990s. Most of these were spy satellite launches, but there were a few others, too, including the Cassini mission to Saturn which was launched on a Titan IV in 1997 and is shown in the photo below outside the SMARF (just the Titan portion, without the Centaur upper stage and the Cassini probe itself). This photo shows the south side of the building which has a giant door. During the Falcon 9 launch last week, the camera was facing northeast so roughly the righthand "third" of the building in the image is that south side (with the giant door closed). Notice the US Air Force has a nice set of toy trains.

Jump ahead a few years. The Titan rockets are gone, and the Atlas and Delta rockets launched and marketed by United Launch Alliance are about pass into history, too. ULA is moving on to a rocket they call Vulcan. The Vulcan rockets will be assembled in the former SMARF. It has now been renamed the "Spaceflight Processing Operations Center". Why that ungainly name? Because it spells "SPOC", and the rockets are Vulcans.... Get it?

In the second image below from that tweet announcing the new name, it's plain that the building/hangar does, in fact, have giant openings in the sides, like windows, which apparently is why we can see the glow from the Falcon 9 launch right through SPOC.

There's one last bit of fun involving this giant building. Back when it was called SMARF but already under ULA lease, it became the focus of an extraordinary tale of industrial espionage. A conspiracy! Could it be that ULA sabotaged or attacked and destroyed a SpaceX Falcon 9 in a spectacular explosion in broad daylight on the launch pad?! The conspiracy apparently did not happen, but it was one of those things that had people muttering about Elon Musk's sanity for a while. Read about it here. 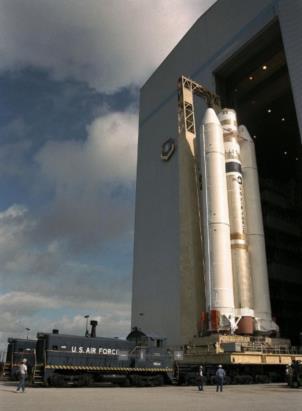 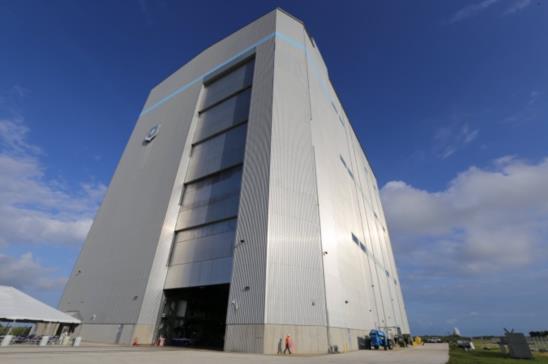