My wife plays a computer game called "Elder Scrolls Online" - a fantasy/adventure role playing game. They recently released an update with a new story line that apparently has a bit of a nautical theme. She was playing this evening when she called me over to her computer to have a look at something. It was a giant statue of a man holding a sextant (picture attached). He is holding the sextant in his outstreched hand, with the horizon mirror and telescope pointing to the sky. Maybe he's preparing to shoot a lunar? At least he's holding it right-side-up. 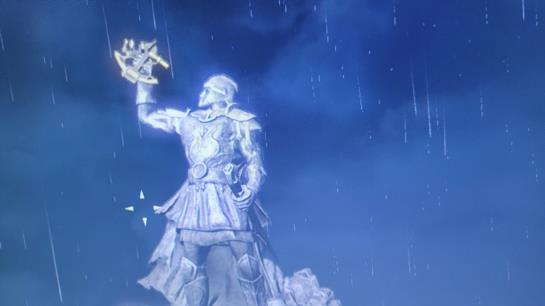