I was browsing the 1932 edition of Inmans and found the Smart and Shearme Position Line Tables (Sine Method). The tables proved very easy to use. I was successful at my first attempt! The reason is that the explanation is given in terms of a formula:

In the 19th and early 20th century it was usual to define formulas in lengthy, dense and confusing (to the 21st century reader) text.

a is the altitude. In this era h was used for hour angle. U and V are extracted from the table. The table is entered with lat and hour angle in time rather than arc. The table does not provide azimuth. A separate log sin table is required.

According to Bowditch the tables were published in London in 1922. Bowditch also states that  "it is somewhat similar to that of Ogura" but with the positions of meridian angle and latitude interchanged.

It is necessary to be careful with the term U+-D.  U+-D is defined as + when lat and dec havethe  same names which is the opposite of the (l ~ d) convention. 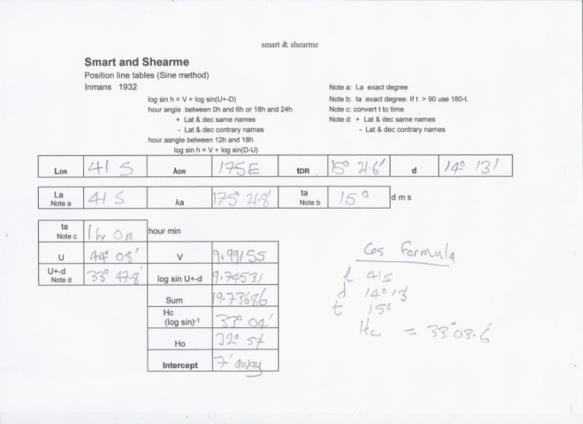 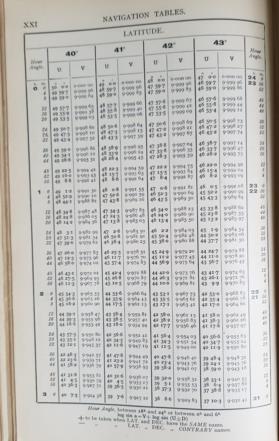