Reply
Re: SS Warrimoo
From: Don Seltzer
Date: 2017 Jul 27, 21:40 -0400
Frank, thanks for the useful information on the popular notion of the turn of the century in 1900/1.  I can't disagree with your points about the lack of navigational accuracy possible compared to today's standards, but I would argue that in 1899 a captain's authority in the middle of the Pacific included the power to declare the moment of noon and when they had crossed the equator and date line.

The first web mention of the story is 1990, but the writer claims to have found it in a WWII newsletter, 'The Pointer', for the US Armed Guard, a USN unit that served aboard merchant ships.  Captain John Duthie Sydney Phillips lived until 1945, and was still active in the late 1930's.  It is certainly plausible that he directly passed on this story, whether true or not, to the writer of the WWII article.

The first officer, whose name is spelled in various ways in different publications of the story, was FJ Bayldon, who gained some measure of renown by regularly recording his observations of zodiacal light during years of Pacific voyages.  I could only find abstracted versions of his compilation online; the complete original seems to be buried in the archives of some astronomical society.

The Warrimoo had a rated service speed of 14 knots.  In sea trials it reached 17 knots.  It left Honolulu on Dec 24, 1899 at 11:35 pm.  It reported passing Vanikora Island on Jan 3 at 6:30 pm.  I initially tried to determine if these times were consistent with crossing the equator and date line at midnight on Dec 31. They are not. But I have since realized that I erred by a day.  The Warrimoo could have arrived at the unique waypoint late on Dec 30th.  Just after midnight, the stern would be Dec 31 1899 and the bow Jan 1 1900.  Outbound from Hawaii the Warrimoo would have averaged 12.6 knots. For the leg to Vanikora 15.8 knots.

Frank poses a very reasonable question: why wasn't there any publicity of this stunt at that time?  Possibly because Capt Phillips knew that he was breaking all kinds of rules by dawdling for a few hours in mid ocean when he was charged with delivering mail, passengers, and cargo in a timely fashion.  Why would he do it?  He undoubtedly was aware of Mark Twain's published story a few years earlier and may have wanted to outdo it.

There are just too many supporting historical facts for me to dismiss it as a complete fish tale.  I am inclined to believe that there is more than a small measure of truth to it.

That's right. Throughout the western world, with the notable exception of Germany (and probably a few neighbors in Central Europe), the new century was officially celebrated after midnight on December 31, 1900, and 1901 was counted as the first year of the twentieth century. Newspapers ran their articles summing up the 19th century then (with a few short versions a year before). There was some debate on this in the years leading up to the rollover, but the decision was made by those with the power to throw a good party, and, for example, in New York City, the big celebration was at the end of 1900.

I cut your quotation above at "that's because" since the logic that has been used is smoke and mirrors. The reason that the new century was celebrated at the beginning of 1901 is "because" a significant majority of those in power agreed that it should be celebrated then. They could just as easily have settled on the prior year.

Well, but that only tells half of the story. You say there was no year 0. It's equally true that here was no year 1! It never existed. It was imposed in the western calendars (both Julian and Gregorian) retroactively. It's true from a technical sense, that if we accept the rules of these calendars and we also want to start our centuries on the century rollover years, like 2000, then we have to compromise and say that the first century (as retroactively defined) had only 99 years. But after all, what harm does that do? We're already imposing a retroactive calendar, so we can define it as we want. And numbering oddities in the calendar are not infrequent. It's not as if a month with 29 days every now and then violates the precepts of logic. We've even managed to accept the idea of minutes of time with 61 seconds every few years -- a direct violation of counting itself (in the sexagesimal system at least)!

So when does a new century "really" start? Time itself obviously doesn't care. This is all about taking note of a "counting event". In this case, it's a "zero-based" versus "one-based" dichotomy. And guess what: there's no absolute answer to this. Which do you like better: the set of counting numbers or the set of whole numbers? If the former, you'll prefer that the 20th century started in 1901. If the latter, then 1900 is more appealing. But both have equal mathematical validity. The fetish over "zero-based" v. "one-based" numbering has pre-occupied the minds of software engineers for decades with both sides, especially the zero side, arguing that theirs is more pure, more refined, more logical. There's an entire Wikipedia article devoted the intrinsic goodliness of zero-based counting: https://en.wikipedia.org/wiki/Zero-based_numbering.

You concluded:
"As might be expected the popular press also got it wrong 17 years ago."

I really disagree on that. The public at large, the civilized population of the planet Earth, came to a collective conclusion on this one: the numerical rollover from 1999 to 2000 was the event worth celebrating as the beginning of the twenty-first century. The influence of the "popular press" was minor. What's interesting is how little impact the so-called calendrical "logic" had this time around. My own personal impression is that the popular fascination with the passing of the decades has pre-disposed us all. When you think of "the 70s", I highly doubt you think of the years numbered from 1971 through 1980, right? That decade of "the 70s" consists of all years that fit the pattern "197x". And since "the 90s" ended at the end of 1999, how could the 21st century not begin immediately after? Again, there's no law to this. It's just another victory of zero-based counting in the modern world.

Here's a long and entertaining summary from a determined one-based partisan at the US Library of Congress of some earlier discussions, confirming again that January 1, 1901 was almost universally acclaimed as the  beginning of the twentieth century --except in Germany! (...crazy, romantic Germans ...you can never trust them with anything involving numbers or logic! ...Heh ...attitudes do change): https://www.loc.gov/rr/scitech/battle.html

Getting back to your original point, I completely agree that the reference to 1900 as the new-century year marks this as a relatively modern tall tale. At the actual rollover from 19th to 20th century, there was general agreement, at minimum in the english-speaking world, that the new century began at the close of the year 1900, at the first moment of the year 1901. That's a good clue, as you correctly note, that this story was crafted, written, created... many decades later. There are a number of other problems with the tall tale as usually told. In case it's new to anyone, here is a standard modern copy of the story with some nice additional material on the vessel, including a charming painting: mastermariners.org.au/ ... story-of-the-ss-warimoo.

How could anyone have possibly pulled off this trick over a century ago? How close could you get to that singular crossing point in mid-Pacific? At least when you cross the equator, you know that there must be some instant when half of your vessel is in the northern hemisphere and half in the southern, even if you know only within an hour when this event actually occurred. One can make the claim regardless. But to place the center of a vessel at a single point in the ocean is much more problematic and to do it at some given second of local mean time would be hard work even in a modern vessel equipped with GPS and station-keeping thrusters. Could you do that over a century ago?? Not a chance. You would be very lucky to be within two miles of that magical spot, no matter how good you were at navigation. And bear in mind that this would involve a minimum of five hours of dead reckoning since the last possible astronomical fix during evening twilight.

Theory helps, but history isn't written from theoretical arguments (that's the unfortunate burden worn by pre-history). History is written from the analysis of primary source documents. Where is the original tale of the Warrimoo on that extraordinary New Year's Eve in history? Where is the captain's journal? Why did the second mate not mention it in his extensive stories of astronomical phenomena aboard the Warrimoo in that year? If this occurred, it would have been written up soon after since it would have been a remarkable achievement with great popular interest. The earlier tale recorded by Mark Twain was famous enough. Surely some newspaper or some wealthy passenger would have written a letter to the editor of a newspaper telling this wonderful story, if it had actually occurred. Or the managers of the Canadian and Australian Steamship Line (or whatever it was called) would have used the story to drum up business, not guaranteeing its truthiness, but at least providing an origin date for the story. Can anyone find an earliest occurrence for the unique century-rollover, mid-Pacific, New Year's Eve story that started this conversation? I would not be surprised at all if its earliest appearance is from circa 1990, when the new century, the 21st century, was attracting interest. One earlier possibility that I would consider just barely possible: Capt. Phillips of the Warrimoo himself could have crafted this fish story in his twilight years and told it at cocktail parties. I doubt it, and my bet is on a relatively recent origin. I maintain that this is obviously and blatantly a "fish story". It's the sort of whaddayaknow yarn that used to make a good bar story for credulous listeners and now makes a good email forward or social media share because it's "fun to think about" (and damn the facts!). It's also fun to think about ghosts and bigfoot and the chupacabra. Lots of good fish stories out there. Maybe next year the "History" channel will run a special on the SS Warrimoo with an expert detailing the truthiness of it all, showing off a blurry "actual photo" of the vessel right on that big "X" in the Pacific and carefully explaining how a sextant is "just like a GPS" (while holding an astrolabe from the J Peterman catalog)... And then we'll never hear the end of it. 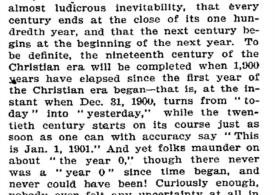