Reply
Re: Robert Doniol's resume and accomplishments
From: Gary LaPook
Date: 2015 Jun 30, 19:06 +0000
What a very accomplished CV. Served on  14 different kinds of ships, invented many navigation instruments, and even did some charting. .
And he got HIS Doniol method down to just two pages. It will be very interesting to see his original method.
gl
From: Antoine Couëtte <NoReply_Couette@fer3.com>
To: garylapook@pacbell.net
Sent: Tuesday, June 30, 2015 9:36 AM
Subject: [NavList] Robert Doniol's resume and accomplishments

Dear all,
Five Star Admiral Guirec Doniol, whom I have known from the time I was a F8E(FN) "Crusader" fighter pilot in the French Naval Aviation (he was then the Commanding Officer of the FOCH Aircraft Carrier), discovered only a few days ago a self-Résumé typed by his Father Robert Doniol. Admiral Doniol just gave me permission this afternoon to publish it on our NavList site.
You will find this full Résumé (6 page document) in French, from which I have also extracted a 2 page "digest" covering only his contributions to Navigation. I am willing to translate this 2 page document from French into English if it raises sufficient attention. I know that some of you should find it quite interesting (Greg for example) and that some others will have no difficulty understanding it, e.g. "pas de problème avec la langue de Molière, n'est-ce pas, Andrés ?"
Among other accomplisments, we can read in bottom part of Page 3 that M. Robert Doniol - when a Navy Lieutenant before he later became an Hydrographer in the French Navy - avoided a terrible accident in the "Chenal de la Teignouse" (La Teignouse [dire] straights) in the spring of 1938.
Hydrographer Robert Doniol also invented the Best Sextant I ever used: the DONIOL-LEPETIT Sextant. M. LEPETIT was its Manufacturer.
And on Page 6 you will also find a mention of his most celebrated (here in NavList) "Table de Point Miniature" published in issue # 10 of the French NAVIGATION Magazine. I have a scanned copy of this article and - before watching you FER stumbling on any copyright issue - I am requesting from the Secretary General of NAVIGATION to publish this April 1955 eight page article in NavList.
We certainly can extend our Most Grateful Thanks to Admiral Guirec Doniol.
Thanks to all for your Kind Attention
Kermit
Antoine M. "Kermit" Couette
Re: Hp by Doniol for Aircraft  ( http://fer3.com/arc/m2.aspx/Hp-Doniol-for-Aircraft-Rudzinski-dec-2014-g29604 )
From: Greg RudzinskiDate: 2014 Dec 11, 18:30 -0800
Antoine,
To catch up on the Doniol discussions see these posts:
http://www.fer3.com/arc/sort2.aspx?subj=longhand&author=&y=201401&y2=201412
http://www.fer3.com/arc/sort2.aspx?subj=doniol&author=&y=201401&y2=201412
What a coincidence that you know M. Doniol's son and made observations with his sextant. There isn't much about M. Doniol on the internet. It would be interesting to see a list of his contributions to navigation.
Greg Rudzinski 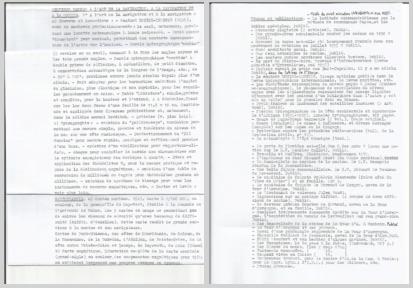 (CV-Robert-Doniol-EXTRAIT-.pdf: Open and save or View online)

(CV-Robert-Doniol-.pdf: Open and save or View online)