Reply
Re: Replacement horizon mirror for a Kelvin Hughes sextant.
From: Fred Hebard
Date: 2019 Sep 28, 08:11 -0400
Thanks for the photos David,
The serial numbers of all Hughes sextants are consecutive and both of yours fit into the sequence.  The case on your 1963 KH Mate is identical to my Husun, dating from 1948 (the year I was born!).  Both these facts support it being the same instrument.
The silver-inlayed brass arc is what makes the Mate a thing of beauty in my eyes.  Too bad they did away with that.   I believe the silver-inlayed arc facilitated reading a vernier with a loupe.  It probably was unnecessary after the micrometer was introduced, although it may have been easier to mark silver than the harder brass or bronze.
Up through 1941, most Husun arcs were perfect.   Subsequently, corrections were non-zero on most certificate, an exception being sextants with multiple telescopes, such as yours (most Mates were sold with the single, 2.5 x scope).
There was a tremendous jump in production after 1941.  The serial numbers at that point were around 25000.  That dates back to the company's founding around 1880, if I recall correctly.  By the end of 1945 serial numbers reached 50000.
My interpretation is that they let quality slip after 1941 in order to increase volume, then never recovered it after the war.
Best Regards
Fred Hebard
mbiew@comcast.net

Is the Husan the same as the Kelvin Hughes?Hello Francis

You decide.  Below are snaps of my 1941 Mates and the chap's 1963 KH.  It looks like they tried to give the KH a more 1960s colour scheme, but it looks like the same casting and numbering sequence.  It also looks like they changed from brass with a silver? platinum? inlay to a newer material. Notice the callibration.  Was my near perpect 1941 arc scale a one off, a big fib, or was the cutting machine beginning to get worn by 1963?  And the mermaids don't seem to have got a day older.  Maybe mermaids don't.  DaveP 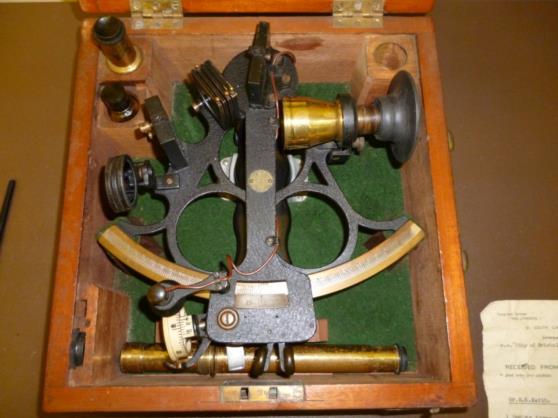 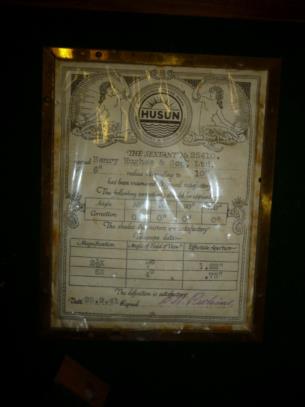 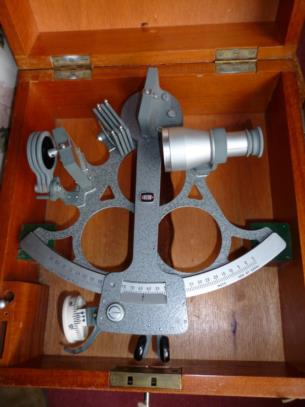 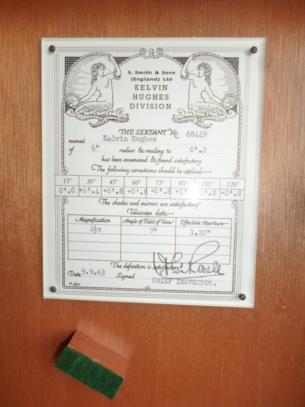