After I said on Facebook this a.m. that I was done for the night, just as you were waking up in your longitude, I stayed up another hour having a nightcap and wrote a little bit of code to generate KML (Google Earth viewable) files of the "isoazimuth curves." And yes, I'm convinced now. They are only approximated by small circles in the case of high Dec (Polaris, e.g.). Sample below for Dec=80°. In other cases, the curves are sometimes roughly small circles for certain azimuth ranges, but they quickly become radically different curves. 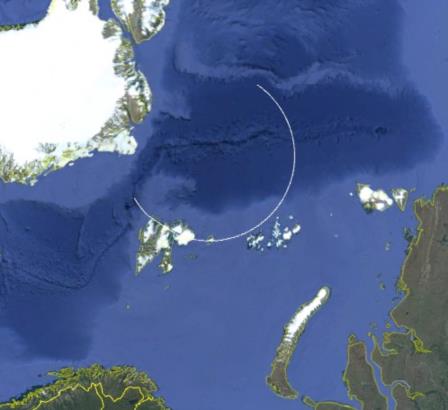