Geoffrey Butt you asked:  "Do any NavList readers have information on vertical sextant observer errors or have made an assessment of their own observational error distribution?"

At the start of WW2 the RAF took a navigator’s personal sextant correction using his personal sextant seriously as is indicated by the attached sections of the 1941 edition of AP1234.  Whether there was any scientific reasoning behind this, or whether it was just a method of keeping lively young chaps suitably occupied on the ground was never stated.  By the time I began my training in the late 60s, we still had to take order of 100 observations on the ground before using our MkIXBM bubble sextants in the air, but the idea of personal error had been forgotten about by all but one or two dedicated ‘old timers’.  One reason might have been because in the late 30s early 40s celestial fixing might have been all that was available in some circumstances whereas by the 50s and definitely by the 60s, celestial was being used more as a method of monitoring integrated navigation systems within the aircraft.  Large scale use of sextants in WW2 might also have meant that by 1945 more appropriate facilities had been introduced and were available for regular workshop calibration of the sextants themselves.

You also said,  "you frequently come across ‘how to do CelNav’ articles which state something along the lines of “if you have a small cocked hat you can be confident in your fix”.  The simulations show this definitely not to be true."   I suppose you could even argue that as the size of a cocked hat reduces to zero, the probability of being inside of it also reduces to zero, because most of the observations on the cocked hat side of the line would fall beyond the far side of the cocked hat.  However, when you’re aware of all the possibilities for something going wrong in any form of navigation, there’s something very reassuring about seeing a nice tight cocked hat as a result of your labours.  DaveP 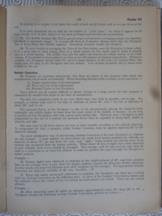 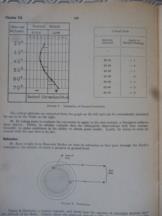