There's no respect for poor Becrux. Even the name gets erased!

The star beta Crucis, or formerly Becrux for some navigators, is now known officially as Mimosa, another navigators' name. It can be counted among the twenty brightest stars in the sky, yet it's not on the official list of navigation stars. In fact, it's the brightest star excluded from the list. Of the two stars included in the list in the Southern Cross, Acrux is brighter while Gacrux is fainter. All three of the stars in the Big Dipper (Ursa Major) on the list are considerably fainter than Mimosa. It's all just a little unfair for poor Becrux!

How about a giant ship named Becrux as a consolation prize? One of the world's largest purpose-built cargo carriers, a huge livestock transporter, was named Becrux. It had its 49 minutes of fame in an episode of the tech show Mighty Ships back in 2008. And then a year later, MV Becrux was renamed! It became MV Ocean Drover. Below are a couple of screen captures from the TV episode. The first shows the captain and chief mate, both Italian, by the way, testing their sextants. The chief mate, Laura Pinasco, is somewhat famous. She became captain of another of these giant livestock ships about a year after the program. The second photo show the former Becrux in the distance. I grabbed this image because there's good evidence in the photo of the vessel's distance. See it?

But back to Becrux. I smell a conspiracy! The star became Mimosa. The vessel became Ocean Drover. Anything named Becrux is cursed; its name destined to be erased from history. ;-) 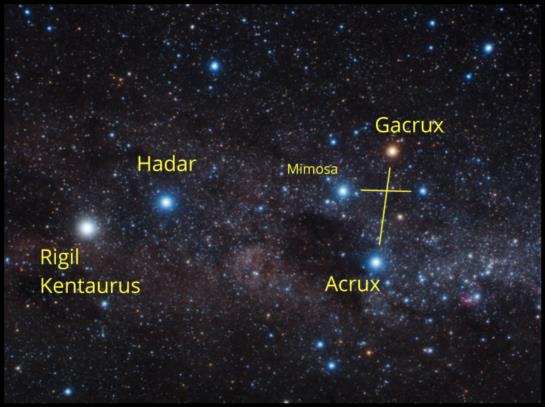 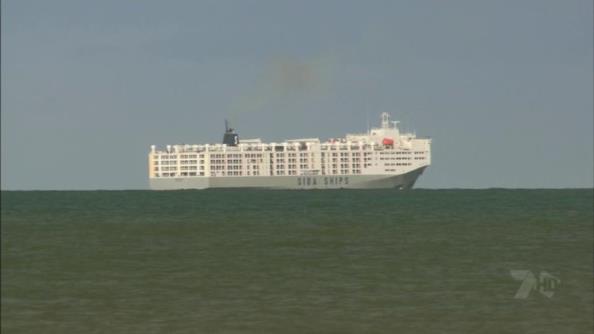