Thank you, everyone, for your replies on the pronunciation of this star name, Betelgeuse. No one responded with the correct answer. It's pronounced Alpha Orionis.

I agree very much with Stan who wrote:
"I have found that if I pronounce it "Beetlejuice", people know what I am talking about.  If I pronounce it any other way I get blank looks."

This is a good way of saying that the 'beetlejuice' pronunciation is widespread and has some significant penetration of popular culture. Not much, of course, but some. Most prominently, Tim Burton's movie "Beetlejuice", now nearly thirty years old, spells it out as "Betelgeuse" right on screen (I had to check, but yes, it's right there in print, see below), then pronounces it "beetlejuice" and then spells the title of the film to match. A somewhat more science-friendly pop culture example, though admittedly still comical, is found in The Hitchhiker's Guide to the Galaxy in its two video forms, one originally a tv series made in 1981, the other a feature film released in 2005. In both, the editors chose to pronounce it "beetlejuice" and in 1981 they even provided a printed pronunciation key (see below, attached screen cap direct from the video).

David Pike worried that these might be corrupted pronunciations or gag pronunciations. I would say that there's no such thing for traditional star names. Very few people use these names, and the pronunciations are fluid. Some modern versions of ancient star names are still close to their original forms in Latin, Greek, Arabic, and a very few other languages, but the ones with tricky pronunciations have been through so many transformations that it's hopeless to seek the "true" or "correct" pronunciation. The concern that the pronunciation might be a joke, or the related concern that it is an embarrassing pronunciation, certainly bothers some astronomy enthusiasts. For some, that pronunciation "beetlejuice" lacks the seriousness, the gravitas befitting such an important celestial body. I have met quite a few people over the decades, frequently British I would add, who are down-right squeamish about this disrespectful "beetlejuice" pronunciation. This is purely personal, and of course there are alternate pronunciations if need be. Several of you mentioned a pronunciation like "bettle-juice" where bettle rhymes with kettle. That's also common and just fine.

This issue is an instance where you should be very careful about the summary you find on Wikipedia. For a long time, fading a bit now, there were Wikipedia "editors" (active users who maintain pages) who considered it their duty to crush incorrect pronunciations on the Betelgeuse page. This goes against one of the basic principles of Wikipedia --that it is supposed to be descriptive, not normative, telling us how the world is, not how it ought to be. But small pages on minor topics often suffer from this problem. The Wikipedia page, as Sean noted, does at least include a modern, and rather clever, theory on the etymology of the name of the star, suggesting that it "ought" to have been transmitted to us today as Yadelgeuse or something similar. The model here, based in some real evidence, is that a simple transcription error by a European scribe in the late Middle Ages converted Y to B. In Arabic script, those two letters differ by only a single dot, so it's a plausible error. This model was publicized in "A Dictionary of Modern Star Names" by Paul Kunitzsch and Tim Smart. This is a slim volume that I can recommend, if you can get it a discounted price. These authors, also, have intentionally chosen their own unique "normative" pronunciations, so you may find yourself "talkin' weird" if you adopt their recommendations, however the history is excellent and the first modern treatment of the subject. On the other hand, I recommend staying away from "Star Names: Their Lore and Meaning" by R.H. Allen, widely available as a modern Dover reprint, originally published in 1899. It's loaded with suspect "orientalist" scholarship that has no foundation.

Thanks again for everybody's input, and once again: there's no right answer. 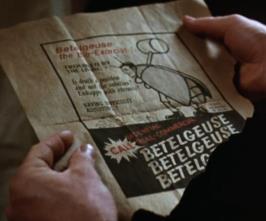 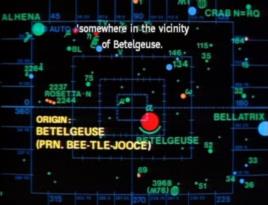