Tracy Shrier's recent flight nav example using the Polhemus Celestial Computer adds to earlier examples posted by Gary LaPook and the one provided in the Polhemus manual itself. These examples are a real help to anyone learning to use this device, they are much appreciated.In recreating Polhemus flight examples, one question sticks in my mind - is it intended for air navigation in the northern hemisphere only or can it be used in the southern hemisphere by appropriately reversing the device's correction signs to Coriolis, Wander and Rhumb Line?

The next mark to put on the plotting side of the polhemus at the bottom add an index for azimuth in the southern hemisphere. Then place the template on with  the north, 360, aligned with this new index which results with the template meridians converging towards the bottom as you would expect in the standard "north up" orientation of charts.

Also on this side I had a "C ^ " at the 9 o'clock position to make it easier to apply Coriolis using the older method of moving the AP or fix to the right in the northern hemisphere. Instead of having to add 90 degrees to the track and set that to the azimuth index at the top you just place the track at the 9 o'clock position and then move the AP or fix "up" the correct distance. For use in the southern hemisphere just put a similar mark at the 3 o'clock postion and you will accomplish the same thing, moving the AP or fix to the left.

The Polhemus does not allow for "rhumbline correction." The corrections for "wander" and "ground speed change" do not change in the soouthern hemisphere so are used normally.

I am attaching an example showing a flight from Ushuaia, Chile (SAWH) 54° 51' south, 68° 18' west to Mount Pleasant (EGYP) on the Falkland Islands at 51° 49' south, 58° 27' west. I plotted the two airports on the 55° template, turn it until the destination is directy above the departure and determine the course is 062° true and the distance of 375 NM. I then plotted an example fix. See attached photos: 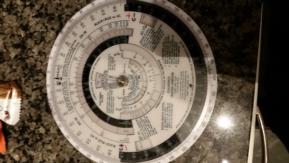 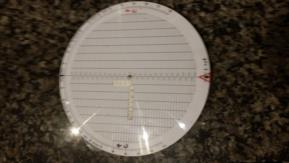 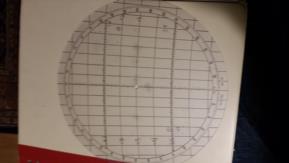 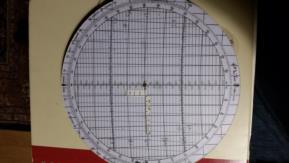 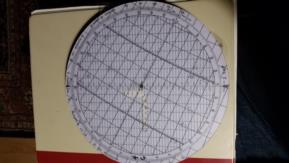 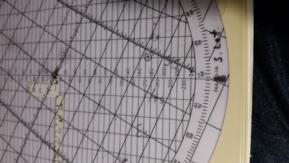 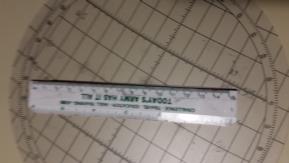 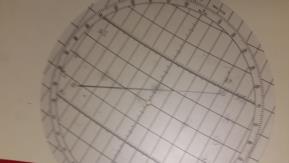 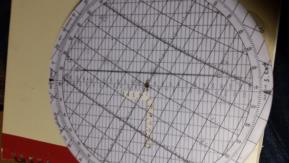 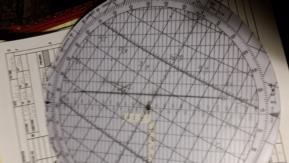 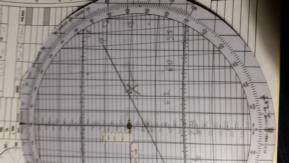