According to Dutton (1934) the 1934 Nautical Almanac listed 55 navigational stars and began
listing the GHA of these stars for 0h GCT (GMT) for the first day of each month with
interpolation tables to allow derivation of their GHAs for every second of the month. This was a
new tabulation and the existing tables of R.A. and declination were continued. I have attached an
excerpt from Dutton (1939) which is itself an excerpt of the 1939 Nautical Almanac. This
excerpt only has stars numbered from 11 to 50. I have also attached the star table from the 1941
Air Almanac which shows the entire list of 55 stars and, by comparison with the 1939 excerpt, it
is clear that this is also the complete list for 1939. You can see from these tabulations that there
were still five stars that were only listed by their Bayer names. We can also see that Peacock was
named by 1939 and that Avior was not listed by 1941. ( Nor was it listed in 1942. The 1942
listing also added the star numbers, 1 through 22, that identify those stars in H.O. 218.) The
1934 list of stars did not have the name for Al Suhail but only its Bayer name, Lamda Argus but
this name was added by 1939.

Concerning Avior, you do not find it listed by name or by its Bayer name, Epsilon Carinae, in
any of the listings, 1934, 1939, 1941 or 1942. This is the tricky part, it is listed by its old Bayer
name, Epsilon Argus. So this name was not added until after 1942 so the Wikipedia article is not
correct. The British started publishing their Air Almanac in October 1937 for the year 1938. 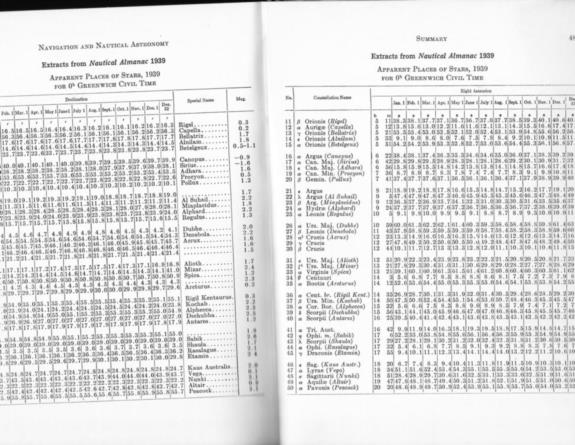 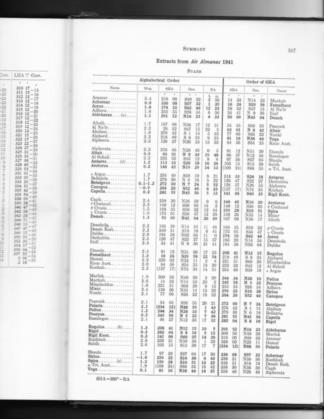 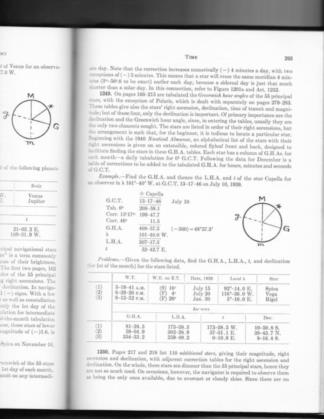