A bit less than three weeks ago, I reported my position as 45.204° N, 123.145° W. I'm sure at least one person was curious enough to drop those coordinates into Google Maps or similar and discovered that I was visiting the Evergreen Aviation & Space Museum in McMinnville, Oregon, about an hour and a half southwest from Portland. It's an extraordinary museum with many unique exhibits. In one small case I noticed a little orbital navigation computer that was apparently standard equipment on the Soviet/Russian Soyuz spacecraft for many years. This appears to be a simple analog computer with a rotating globe that calculates and displays the position based on simple orbital data entered manually by the cosmonauts. Assuming properly entered parameters, it ought to be accurate at the apparent resolution of the simple globe display for a few days at least. I'm including a picture of this small item.

The museum also has a spectacular collection of large aircraft and space artifacts. I'm including a photo of the aviation hall which shows a portion of the museum's largest exhibit item. That's the Hughes H-4, a "birch duck" by any other name, which has held the record for longest wingspan for almost 70 years. It will probably lose that title later this year. 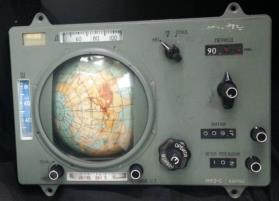 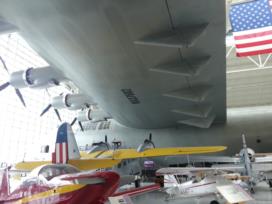