Frank you said: Cook's vessel, Resolution (on the second voyage, when he was testing K2), really was a discount vessel. It was a collier (coal freighter), a rather average merchant vessel.

That requires qualification.  Cook’s ships Endeavour and Resolution were both originally built as colliers.  Resolution might have been inexpensive, £4,151 plus £10,080 and £882 for refits, but she was tough.  She had to be.  She was built in Whitby, close to where Cook served his apprenticeship, for the coal trade, which often involved taking the ground on beaches for loading coal from horse drawn carts at low tide.  Cook was well pleased with her.  See https://en.wikipedia.org/wiki/HMS_Resolution_(1771) .  The fact that Endeavour had a collier bottom might well have saved the day when she struck the Great Barrier Reef while returning from Cook’s First Voyage.  It might have been the reason she was able to limp ashore and be repaired.  Capt Edwards' HMS Pandora, a 6th Rate built to an RN design, didn't survive in1791. DaveP 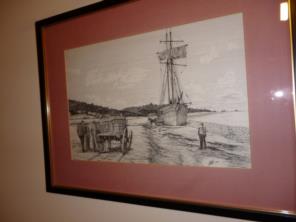