In Lincolnshire, around 19.00UTC on the 7th the sky was clear, and Mars was bearing about 225 degrees radially from the Moon.  I woke up about 04.10UTC and took a peep out of my bedroom curtains to check how far the Moon had come round and found that I wouldn’t need to change rooms.  By opening the curtains fully and rearranging my pillow and bedclothes, I could lie in bed and watch the spectacle. I took photographs between 0422 and 0652.  The Moon was always visible, as show in the photograph at 04.22, but high cloud hid Mars until well after Mars should have disappeared behind the Moon.  I must have dozed off, but I woke again around 05.55 when Mars should have been reappearing.  The sky was starting to clear, but any sign of Mars was lost in ‘moonglow’, as in the photograph at 06.03 when Mars should certainly have been visible.  At 06.52, I just happened to glace as the Moon passed behind a telegraph pole and Mars became clearly visible for a while at about 135 degrees radially from the Moon as in the last photograph.  Sorry about the ‘ghosts’ from the double-glazing.  The image at 135 radially is the real Mars.

Lessons learned.  This opportunity doesn’t come up very often, so I should definitely have set up a peri-sextant in the Astrovan, or even on the window ledge, because shades might have lessened the moonglow.  I should also have had a piece of card handy to shield most of the moonglow like the telegraph pole did.  Finally, I began to question the authenticity of some of the videos of the occultation already appearing online, because in some Mars was moving up hill, in others level, and in others downhill.  Then I realised that as the ecliptic traces an arc in the sky, which way Mars appears to be moving, uphill, level, or downhill, depends upon your local time.  DaveP 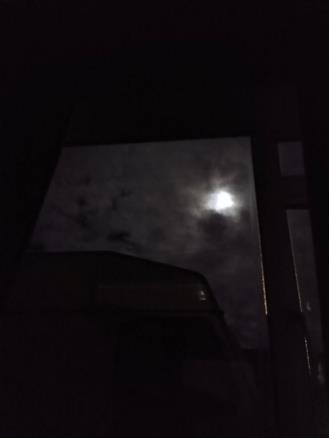 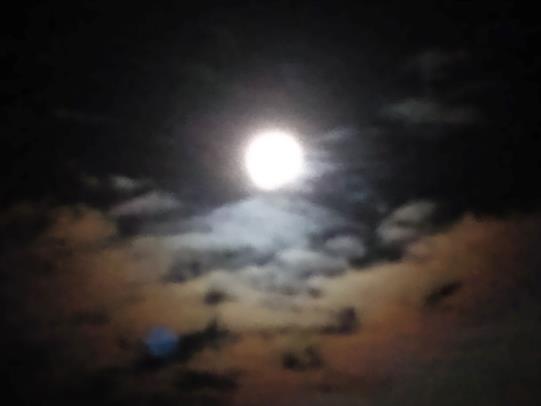 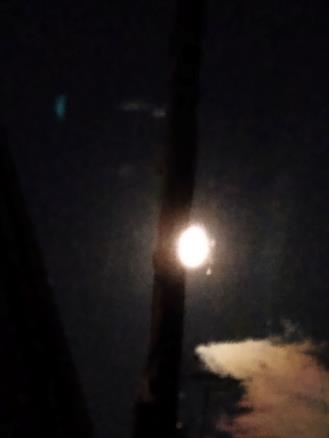