After an interesting morning's work I have deduced that a suitable AP location for me would be   > 22°S  lat  <52°S  and long - 174°E. I do not have an orange but an old globe proved handy. It has scratches on it from George, a cat my wife had many decades ago. I am on terra firma and the globe suggests Stewart Island,  Norfolk Island, Auckland Island, the Antipodes  or Matiu/Somes island would be good starting APs. Any other large  land mass in the area would also be suitable.

Later today I plan to perform a long by chron when the sun is on the prime vertical to confirm the longitude. It should be an easy sight as I need not worry about index error - I will be working to the nearest degree.

Firstly what I know;

(a) The sun is rising. My phone comapass is sufficiently accurate to tell me where north is. Hence I am in the southern hemisphere and  lat is S.

(b) The solstice was a month or so ago so the sun's  dec is approximately 22°.

(c) At noon the sun's alt is > 60° so will assume lat and dec are of same names. Therefore dec = 22°S.  Thiis is confirmed by the weather patterns although global warming may soon change this.

At this point I planned to take a bearing of the sun and estimate local apparent time by a reverse entry into Burdwood's azimuth tables. Unfortunately the compass was not accurate enough so I abandoned this method.

From previous  playing with a compass I know I know which point on an adjacent hill is true north. I will observe the shadow in my AH to determine the approx UT of noon from which I can compute the approximate longitude.

Hence apparant time at Greenwhich is 0023.

From previous playing with a compass I also know the a neighbour's chimney is due west. I will perform a  long by chron. to determine the approx longitude.

Because of the precision I am working to I will not need to worry about index error. 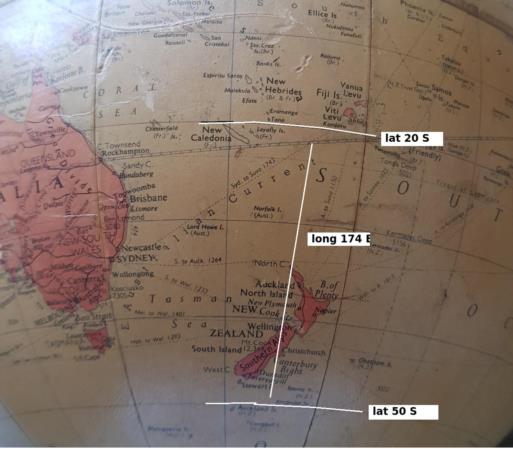 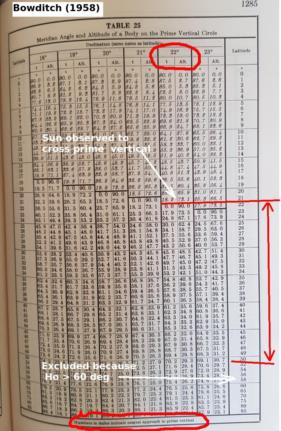 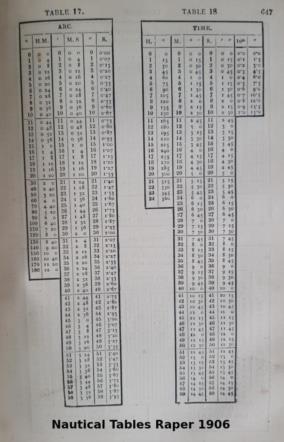 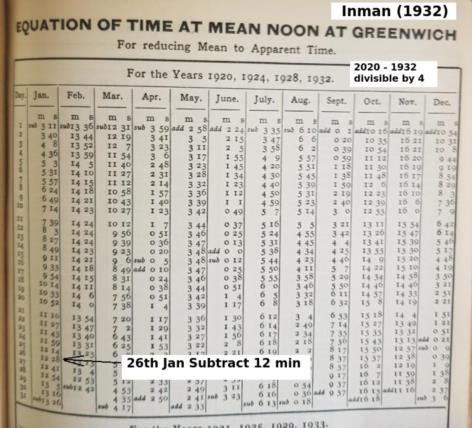 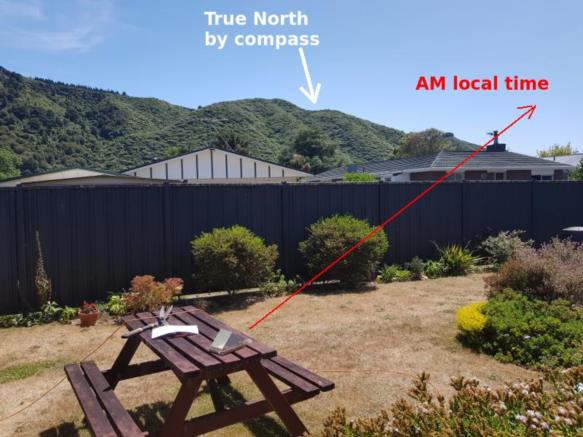