I just watched live coverage of the re-entry of the Hayabusa-2 return capsule containing a sample collected from the small asteroid Ryugu. The capsule plunged through the atmosphere above Australia. I don't think it has been recovered yet, but radio messages after re-entry indicated parachutes deployed properly so it sounds good.

During re-entry the JAXA coverage included some video images of the sky above Australia. It's not quite as obvious in these screen captures, but in the video one could see three tiny stars in a row. Orion's Belt, of course. Then Orion, Sirius, Canopus, the Southern Cross, and more fall into place. How many of the 57 official navigation stars can you spot in these images? And  can you spot the unofficial Apollo navigation stars nicknamed after Roger Chaffee? Not many faint stars are visible probably because there's a gibbous Moon just out of frame.

This was an extremely wide-angle camera. I have included a Stellarium view, too. The coordinates are standard RA (360-SHA) and Dec, and the South Celestial Pole is indicated by the convergence of the RA lines. The ground coordinates are the result of a random click in Australia and have no other significance. Be sure to look at the screen captures at natural scale. Otherwise you may not see any star images at all. In one of the images you can see the capsule and luminous trail behind it. Very roughly, I estimate maximum brightness at magnitude -4 to -6. 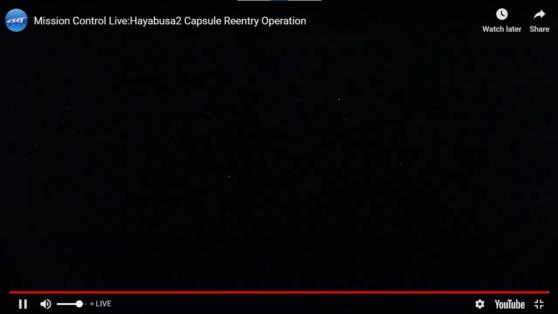 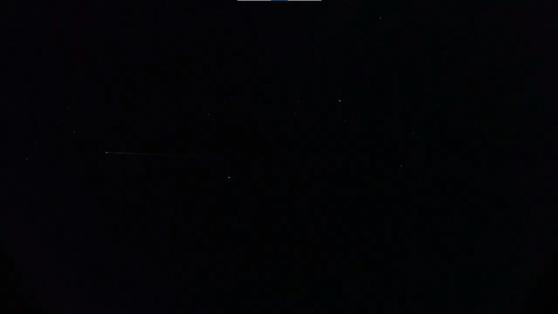 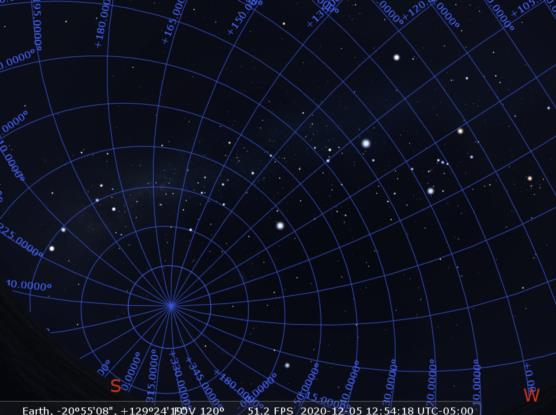