Murray Buckman, you wrote:
"I see Sirius as the prominent star towards the right.  Adhara is about a third of the way between Sirius and the horizon and further to the right.  Close to the rocket on its right hand side is Procyon (I think). Moving to the left of the rocket, down low, about half way up the left hand rocket fin and out a little is Regulus.  Above, but near the top of the rocket (as to the vertical, but above Regulus as to the horizontal) is Pollux." 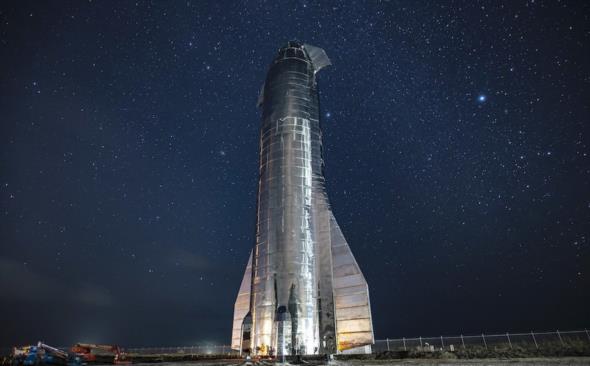 Yes! That's what I saw, too. I don't trust myself to remember every official navigation star, so I have a cheat. There's a simple Stellarium plug-in that will draw a circle around every navigation star. Setting the view for Brownsville, Texas, before dawn late in September last year and looking due east gives a nice match, and it also reveals the star that's hidden behind the rocket (I have drawn a ghosted outline of the rocket in the image below).

For me the first clue was the little nebula or star cluster (it's a cluster) left of the rocket. There aren't many objects that would be plainly visible in a near naked eye view of the sky in the northern hemisphere. My first thought was the Lagoon Nebula, M8, and then I considered Ptolemy's Cluster, M7. But both of those would have bright Milky Way star clouds nearby. With no star clouds, there are fewer options, and of course then I realized it was the Praesepe, M44. The rest quickly fell into place.

I find that photos of the night sky, like this one, are often more difficult to figure out than the real night sky. In photos the bright stars and faint stars end up on a compressed brightness scale (what's the name for this?), and the bright stars don't stand out as much. In the real sky, I can spot the "Sickle" in Leo immediately, but in this photo I had to trace it out after identifying Regulus. 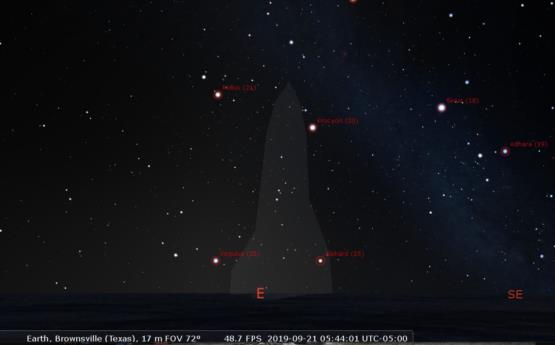