Speaking of Mercury, I recently took this photo of the monument honoring the seven original American astronauts of the Mercury program -- Alan Shepherd, Gus Grissom, John Glenn, etc. The monument is located on Cape Canaveral Air Force Station near the launch pads for these early manned space missions, which I witnessed as a little boy. Since the monument is on a military base, it's not seen by many people. I'm an occasional volunteer docent at the Cape Canaveral lighthouse (1868) and have access to this area. The reason for the "7" is obvious. It later dawned on me that the circle with "horns" is the astronomical symbol for planet Mercury. Excellent design! 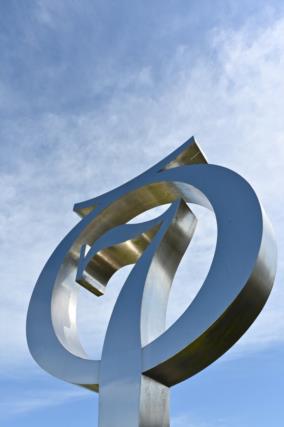