For some background to this post first look at the following links:

There are two matters of interest in the second newspaper article:

Now to the purpose of this post. It occurred to me that Master's/Mate's exam papers set in NZ would be similar to those set by the BOT.  If I could find a set in the NZ National Archives we would  have an indication of the exams passed by Worsley.

I have identified relevant correspondance dating from about 1890 to 1954. However this morning when I had a look at a file (1913 - 1954) it became obvious that I would be unlikely to find any exam papers. The papes were considered confidential documents and transported in sealed packets. Any not used were destroyed. One year a candidate was observed copying the questions on to blotting paper. When challenged he stated that his Nautical School had asked him to do so. Naturally the owner of the school pleaded ignorance. I do not know if the candidate was disqualified.

Thinks......... I must make sure that I post things because they are relevant to this forum, not just because they are of interest to me. I will assume  reference to master's/mate's exams and the BOT to be on topic.

OTTOMH here are some of the things I read in the file:

I have attached copies of a few pages from the file that may be of interest. 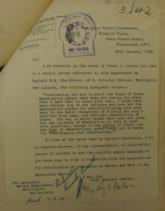 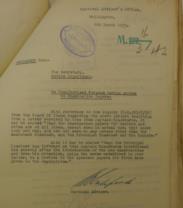 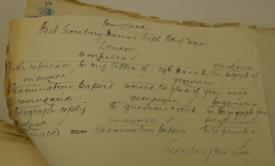 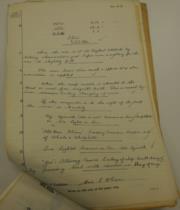 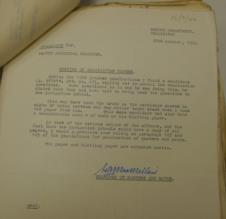