Some of the coefficients mentioned by Dave concern large steel vessels, such as induced vertical magnetism, induced horizontal magnetism in soft iron, after all, you don't find quadrantal correctors of Flinders bars on fiberglass sailboats. Since the hull isn't iron the only chunk of steel of consequence is the engine and the deviation can be removed by using the permanent fore-and-aft and athwartship correctors which eliminate "B" and "C" deviation. Of course you must eliminate "A" deviation first which is caused by a lubber line error.

Gary
I wasn’t suggesting yachties should attempt to correct for Coefficients D & E.  However, as there’s probably as much soft iron in a yacht as hard iron, especially if the diesel engine is under the compass, I think it's worth having a look to see what’s there, if only out of curiosity.  I’ve never swung TIKI seriously, so I can’t speak for yachts, but I’ve done several aeroplanes from my little Mosler N3-Pup to Vulcans.  Attached is the only copy I’ve got.  It’s for the Pup.  I attribute the large initial B and C to the fact that the corrector magnets might never been touched since manufacture.  I was able to get rid of B & C completely.
The residual D & E was probably due to the compass’ proximity the steel fuselage frame and half a Volkswagen engine.  Once airborne with the engine running, it was clear I might as well have saved my time. An air swing along known NS and EW roads and dikes might have been more appropriate.
Dave 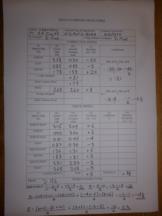 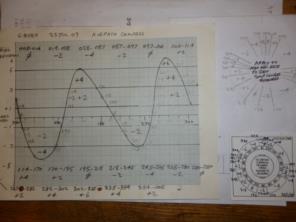 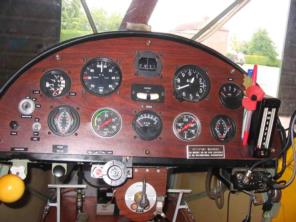 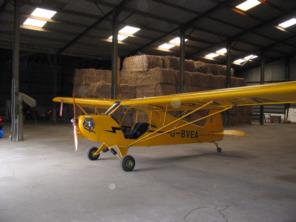