Is it a bird, a plane, a satellite? No! It's T Coronae Borealis! Apparently whoever built the star database that is used by MS Flight Simulator included certain variable stars based on the maximum brightness. So Mira (omicron Ceti) is displayed as a bright star. Since this latter star reaches maximum brightness every eleven months, that's not unreasonable. But T CrB is classified as a recurrent nova that is normally very faint. Yes, it may well blow its top any day now, but it's only been known to be bright enough to be seen without a telescope for a couple of weeks on two occasions in the past 200 years! Including this star as a bright star in MS Flight Simulator is simply a mistake. It's a minor mistake, hardly worth noticing by itself, but it tells us something about the production of the astronomical data in this product. They're doing it themselves, "rolling their own", and that means there will probably be other flaws, too.

I made a couple of screen caps and a markup to indicate the extra star. As you can see in the image from MS Flight Simulator, the extra star is displayed prominently, around magnitude 2, even bright enough to compete with Alphecca as a navigational star. In fact, this star has been around magnitude 9 or 10 since its last outburst in 1946. The previous outburst was in 1866. There are bets that it will have another outburst soon on an assumption of a simple periodicity, but even in that case it would only be visible at magnitude 3 or brighter for a few days. 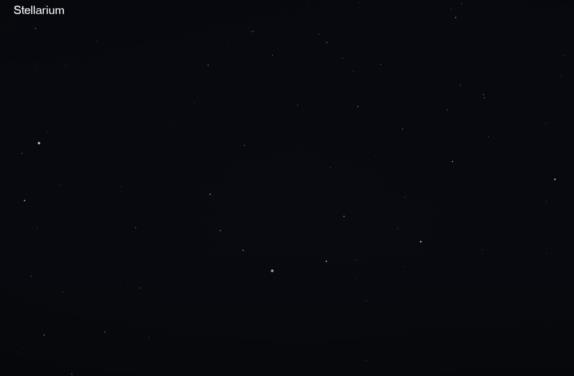 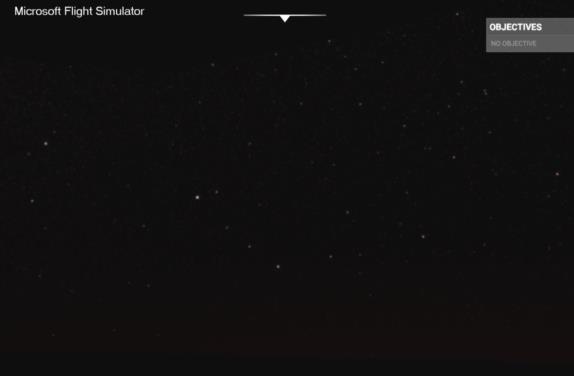 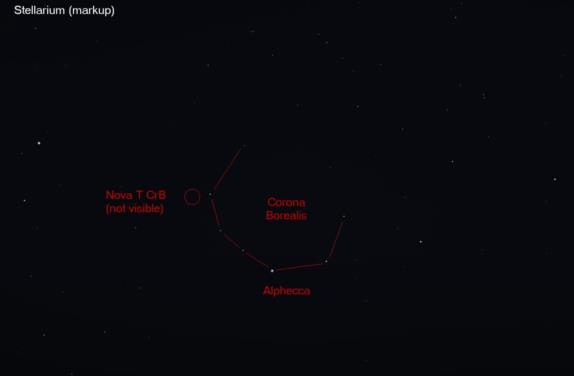