Somehow, my original post did not attach.  Here it is again with my speculation as to what one could do with it.

In the January 2019 issue of Sky and Telescope magazine, I'm reading about a total lunar eclipse which will occur during the night of January 20-21, 2019. The eclipse will be visible throughout North and South America. What makes this particular lunar eclipse unusual is that it occurs in the middle of the night and the moon is at a high altitude in the sky. These conditions create a rare lunar-distance observation opportunity.

I haven't ever tried a full-Moon lunar. The night sky is usually so bright that all but the brightest stars are washed out. But three conditions in this particular eclipse might make lunar-distance sights easier: occurs at a high altitude, middle of the night and visible across all of North and South America.

At my location in New York, the Moon will start to dim on January 21st at about 03:10 UT.  Its altitude will be about 60° and azimuth approximately 129°. The initial penumbra shadow will likely dim the Moon enough to eliminate the need for sextant filters, something you normally have to use with a full Moon.

During the initial eclipse phase, the Earth's penumbra shadow starts to move across the Moon from left to right. The Moon's left side will be dimmer than it's right side. One could take lunar-distance shots between the Moon's better lit right limb and Aldebaran to the right or Regulus to the left. Both stars are near the Ecliptic. Aldebaran would be a near-distance shot, Regulus a far-distance shot. No filters needed. Lunar distances to both stars are in a comfortable range of 30° to 50° degrees.

The lunar-distance setup reverses after the maximum umbra shadow passes the Moon. In the last eclipse phase, the Moon's left side is better lit than it's right side. Regulus  is now a near-distance shot while Aldebaran a far-distance shot.

Shooting lunars during this eclipse is certainly worth trying. 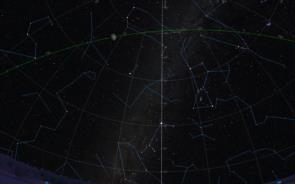