The Royal Institute of Navigation has had to cancel or postpone a number of face to face talks and events, because of the ‘lock-down’.  To maintain Member’s interest, they’re putting together a series of ‘webinars’. That is, you follow a link on the RIN Website, which takes you to a screen where at the programmed time the Presenter’s face appears in the bottom right hand corner. The Presenter introduces the Speaker whose face appears alongside the Presenter’s.  Then the Speaker’s PowerPoint presentation fills up the whole screen apart from the bottom right hand corner where you can see the Speaker’s mouth moving and admire his wallpaper.  While the Speaker is speaking, you can type in questions which the Presenter will ask on your behalf at the end of the presentation.  If you want to get an idea of what a webinar looks like, go to this page https://rin.org.uk/page/Webinars

I’ve volunteered to give it a try on behalf of East Midlands Branch of the RIN, and the RIN’s Communications and Events Manager Dr Clare Stead has kindly agreed to run the event on-line as presenter.

At 19.30BST (18.30UTC) on Tuesday 12th May I’ll be giving a talk titled ‘A Lancaster Navigator’s Logs and Charts Analysed’.  To watch, you’ll need to register, and there’s no time like the present.  Please follow this link, which will get you to the correct page on the RIN Website

https://rin.org.uk/events/EventDetails.aspx?id=1276268&group= .  My abstract for the talk is as follows:

Abstract
Dave’s discovery of a folder containing almost all of the logs and charts completed by a navigator in Bomber Command during his tour of 32 operations between September 1944 and April 1945, has provided a rare minute-by-minute account in the navigator’s own hand, of how bomber operations were conducted during this final stage of the Second World War.
Dave will use excerpts from this material to show how the logs confirm that, compared to the early days, by September 1944 the Royal Air Force had been moulded into an accurate and deadly killing machine relying heavily upon: saturating the enemy defences by the use of a ‘bomber stream’ held closely together by the use of the hyperbolic aid Gee, and at greater range, by Loran; the use of electronic warfare to confuse enemy radar; and the use of ‘pathfinders’ and a ‘master bomber’ to indicate and control the target area.

He will also show how the logs also indicated unexpected details including: the absence of celestial navigation; negligible use of visual pinpoints and radio bearings; the care and precision required on even the crew’s earliest sorties; the neatness of the navigator’s printing, even in combat; and the fact that all his logs were marked and commented upon on his return by his Navigation Leader. DaveP 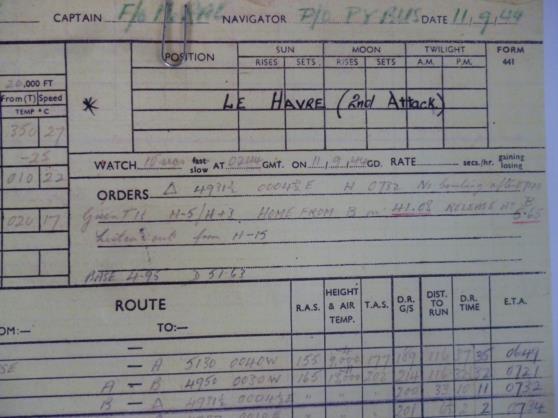 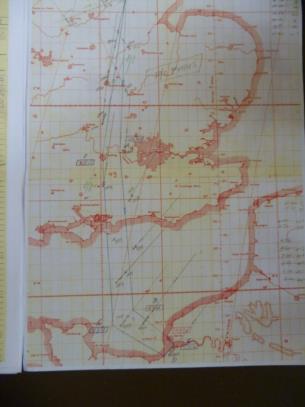 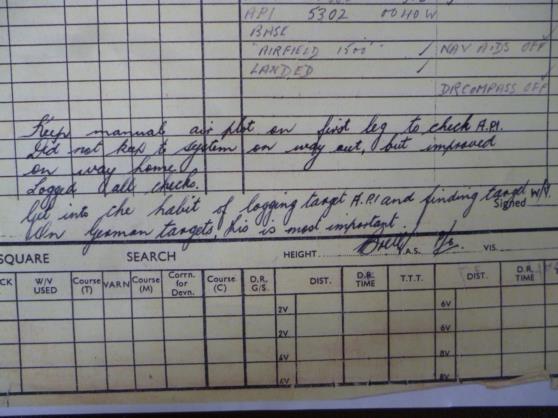 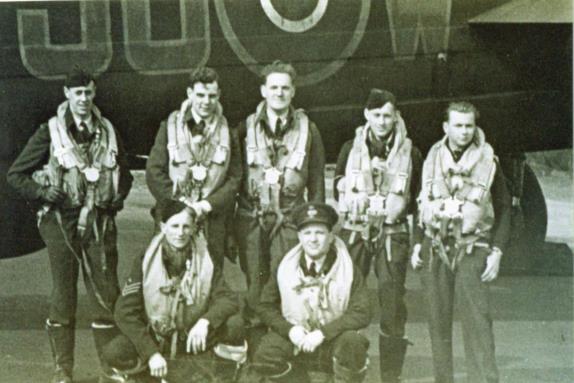 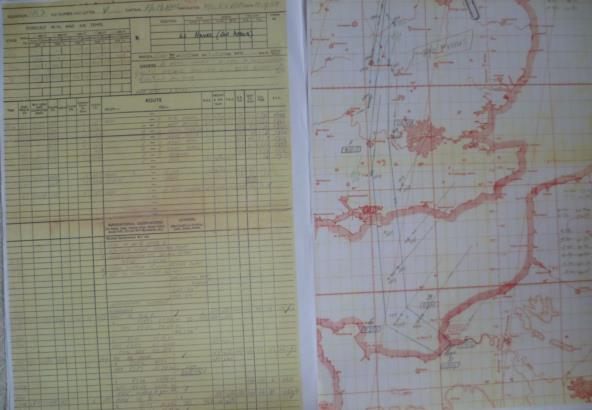